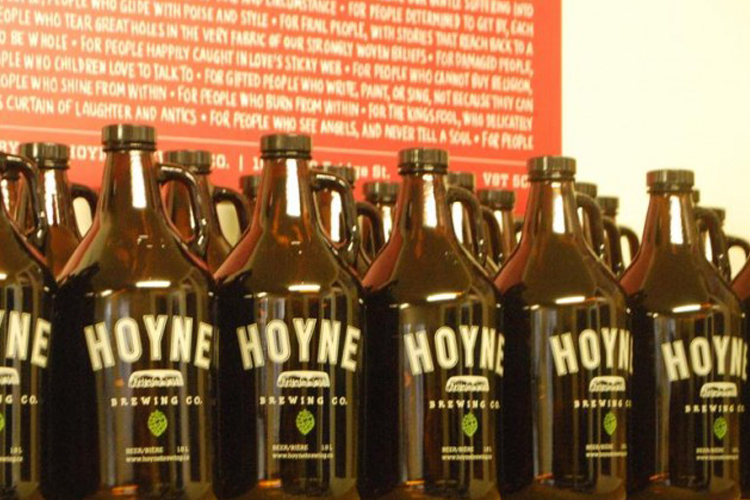 Brew Master Sean Hoyne started Hoyne Brewing Co. in 2011, having worked in a variety of breweries since 1989.

“We seem to be enjoying a very healthy growth rate,” says Hoyne. “We grew by about 26 per cent last year, and are in the process of expanding our operations.

“We’re building a bottling facility that’s will enable us to put our beer into 12 ounce bottles. We’ll be able to produce six packs, and eventually 12 packs. Within a year, we also hope to be launching a line-up of canned beers.”