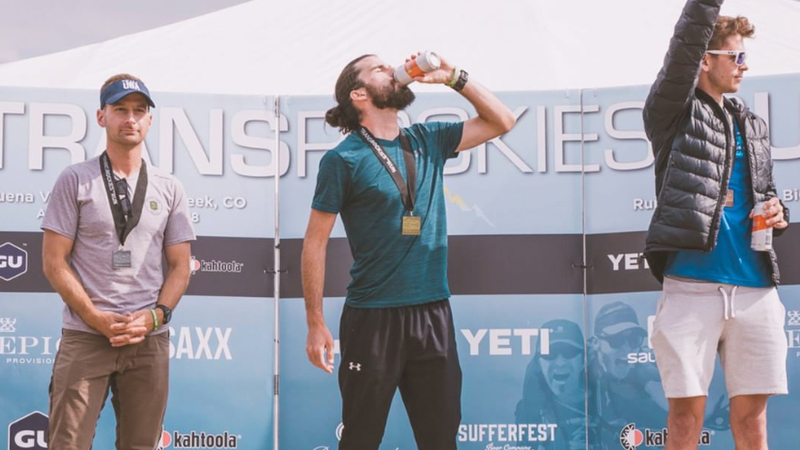 “It is hard work and sometimes a pain to train,” Caitlin Landesberg, a runner and the founder of Sufferfest Beer Company in San Francisco, says. “Beer helps balance that.”

Landesberg created Sufferfest because she wanted a celebratory, somewhat healthy drink to toast a race with her friends. Sufferfest’s gluten-free beer is brewed with extra magnesium, potassium, and salt, among other things, with athletes in mind.

“As I started learning the fundamentals of brewing, I realized no wonder we crave beer after a race,” Landesberg says. “It’s a highly fibrous beverage with natural ingredients, B6 and B12, iron. It’s 90 percent water with antioxidants, and even has anti-anxiety benefits.”