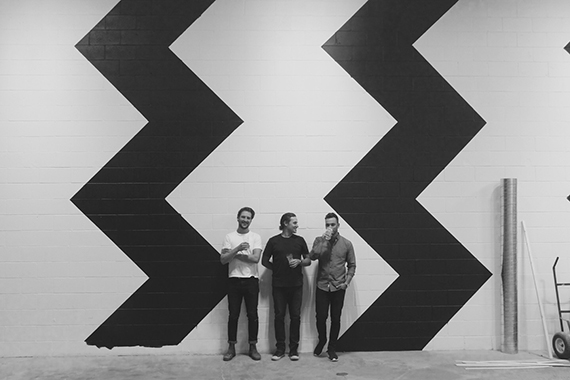 VANCOUVER – If the beer gods are willing, Brewery Creek shall continue to rise. The area – running from False Creek up towards Broadway – has a brewing history dating back to the late 1800s. Perhaps their eye-popping mural has already caught your attention, but Electric Bicycle is the newest, weirdest kid on the hop block. Located mere doors down from veterans R&B Brewing (“We’ve been paying their mortgage going there so often while getting ready to open,” says head brewer Paddy Russell), Electric’s Bicycle’s training wheels are ready to come off: their beers start rolling out in early April.

When speaking to the minds behind Electric Bicycle and visiting the almost-done taproom, it’s clear they’re trying to create an establishment altogether different from conventional thoughts of what a Vancouver craft brewery should be. Perhaps it’s the aesthetic (try to picture a circus-themed antique oddities shop crossed with a 1930s barbershop), or the excitement of those involved to do essentially whatever they want, unrestricted by over-planning or sales-figures. While some BC tasting rooms prefer a utilitarian approach to design that often results in boring drinking spaces, Electric Bicycle realizes you can bring people in for the beer and give them a fun, unique experience at the same time.

For owner Elliot McKerr and his partners, the concept and end product didn’t appear overnight.