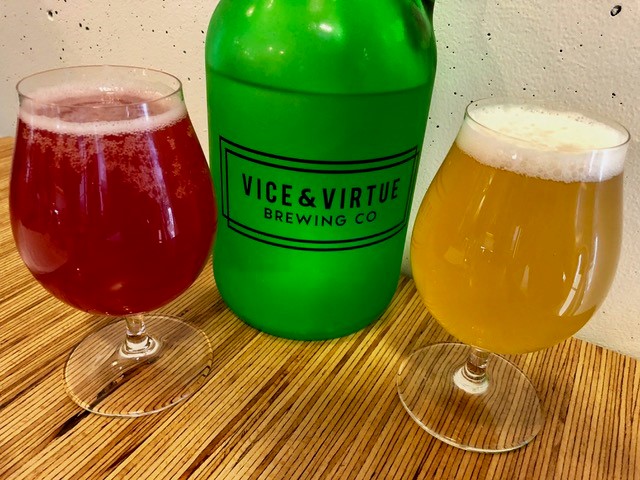 In Kelowna, the northern lights of the city are aglow with humanity. This corner of town that was known primarily as the industrial area has become a happening village with a community scene of its own. Welcome a slew of hip breweries and boom! You’ve got a sexy new destination for food and drink lovers.

Newest and most delicious news was the arrival of super cool Vice & Virtue Brewing in 2018. This awesome craft brewery was created by six pals who hit the beer scene with raves followed by the hiring of a wicked chef who has created a tantalizing menu of beer-paired delights.

They are not the only brewers in the hood. Along with Kettle River Brewing and Red Bird Brewing, they have all claimed this area and collectively have rebranded it as Kelowna’s brewery district and the best place to hop around town. On the perimeter of this heart of the North village you will find other favourite eateries like Central, Waterfront Wines, Bouchon and if you want to carry on your hopping tour, hit BNA Brewing the folks that really started the ignition of this local craft beer craze (ps. They have a bowling alley!)