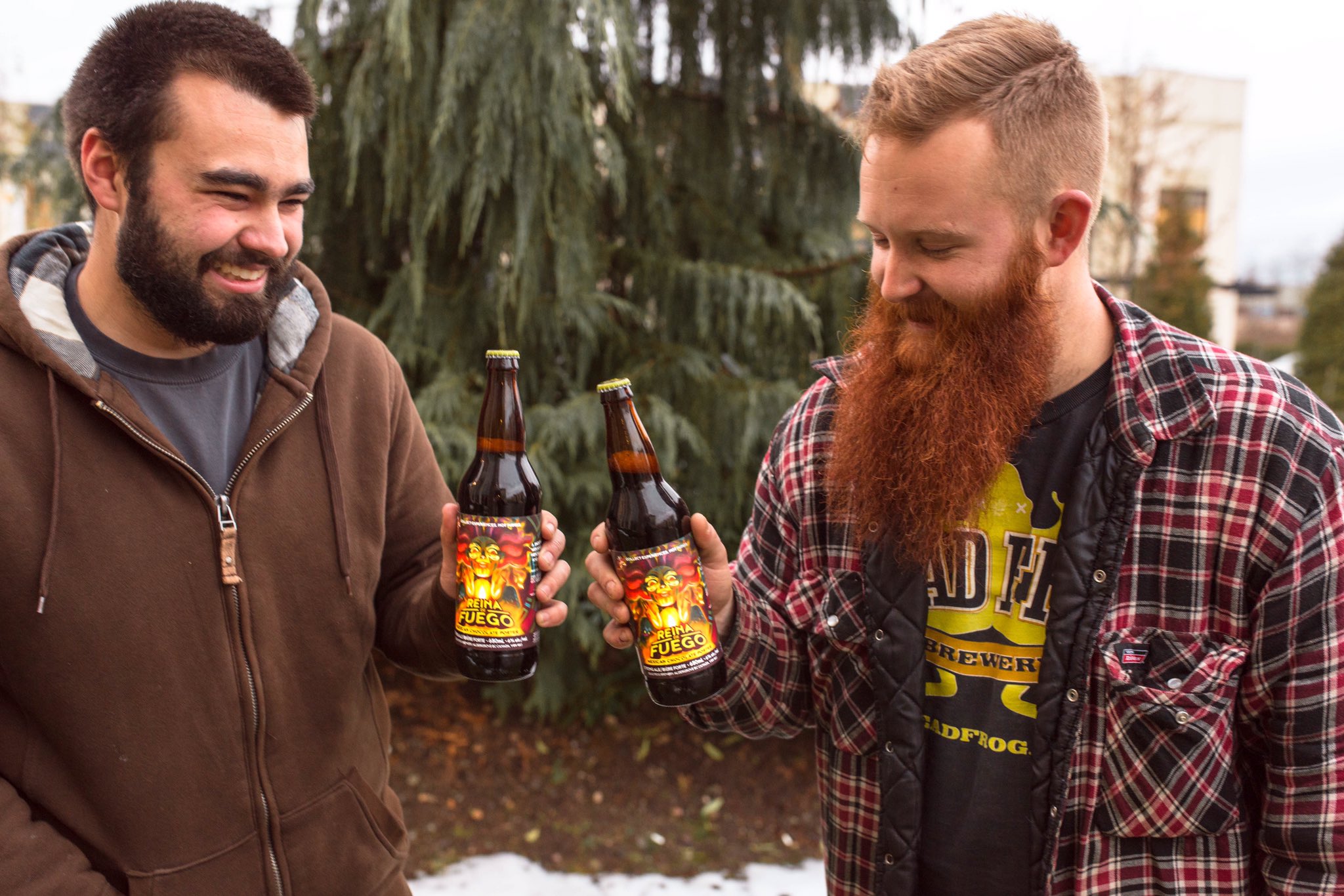 Aldergrove, BC —  All hail the queen of fire.  Dead Frog’s new limited edition 650mL, the Reina De Fuego Mexican Chocolate Porter, is available now across BC.

The Reina De Fuego is a rich porter brewed with real Mexican Chocolate and chili peppers.  “We got the idea when our Production Manager, Cam, gave me some of the Mexican Chocolate he was eating”, says Dead Frog Head Brewer Cole Smith.  “Cam made a homebrew with the chocolate, and we thought the stand-out flavours would go really well with a nice, smooth porter.  The chocolate adds a robust sweet peppery flavour to the brew and rounds out the finish with a gentle hint of heat.”

The Reina De Fuego Mexican Chocolate Porter is a single batch brew and is available now in BC for a limited time only.  It will also be available in Alberta mid-February.