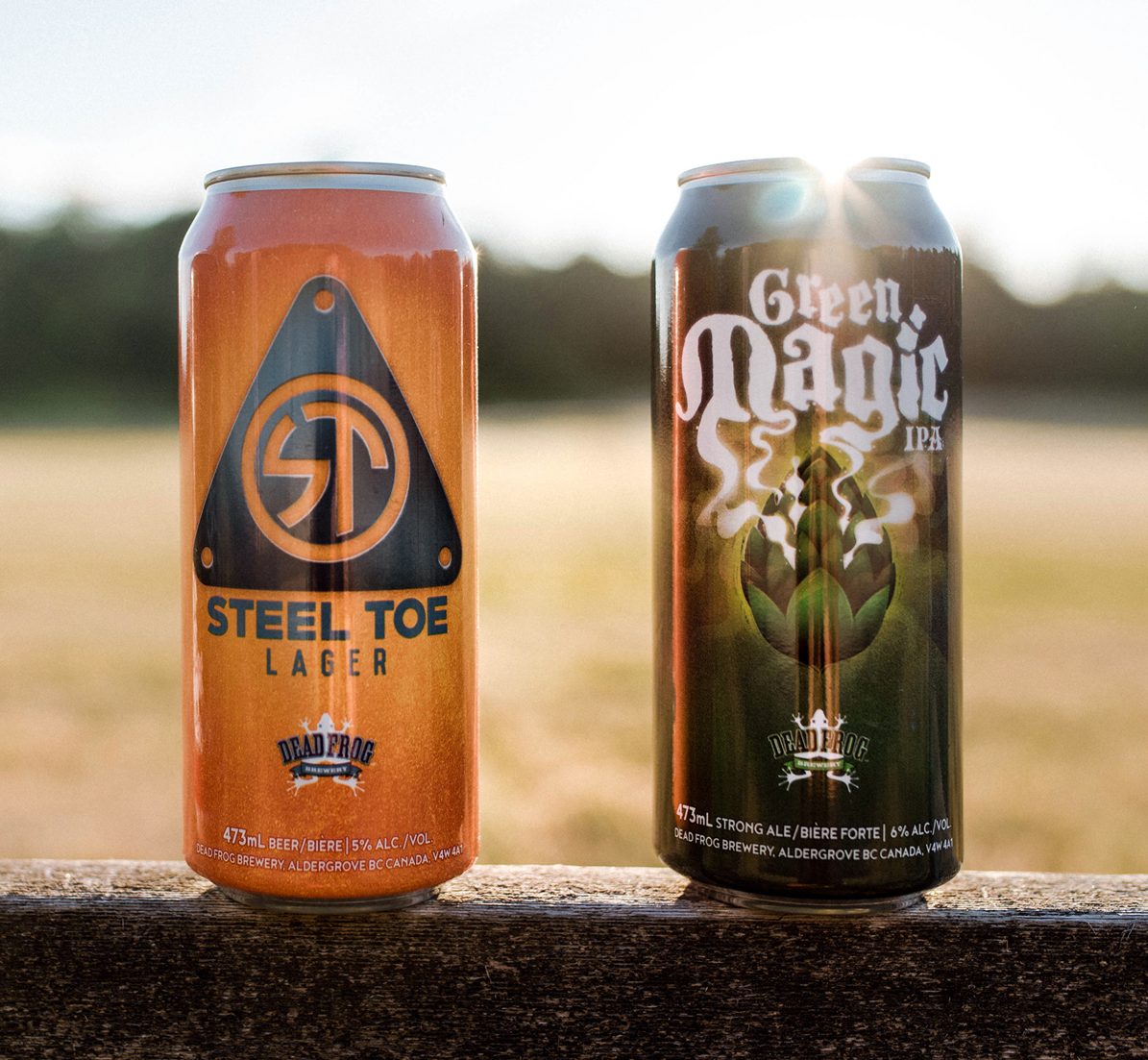 Aldergrove, BC — Dead Frog’s Steel Toe Lager and Green Magic IPA are now available in tall cans across BC and are on their way to Alberta.

A smooth and refreshing lager brewed with premium ingredients, made for enjoying after a hard day’s work. Also available on tap, in 6 packs, and in the Dead Frog Dozen Mixer Pack. Alc./Vol. 5%.

A West Coast IPA bursting with juicy hop flavours of tropical citrus and pine with a crisp, balanced finish. Also available on tap and in the Dead Frog Dozen Mixer Pack. Alc./Vol. 6%.

The Steel Toe Lager and Green Magic IPA tall cans are available year-round in liquor stores across BC and Alberta.​

​Unpasteurized, preservative-free, and small batch brewed, Dead Frog beer is also available on draught in select pubs, restaurants, and for growler fills at the brewery. Follow us on Twitter and Instagram @DeadFrogBrewery for announcements on availability.