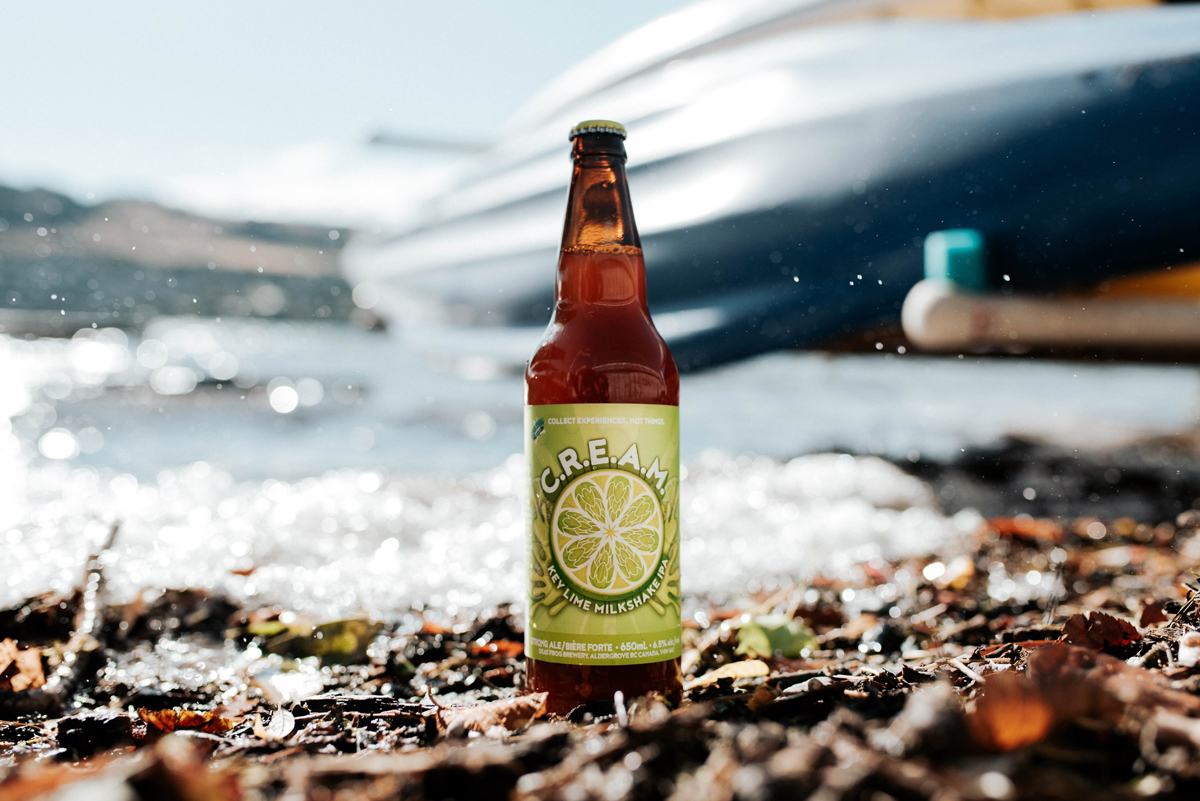 The C.R.E.A.M. Key Lime Milkshake IPA is a creamy, hazy, milkshake IPA brewed with freshly zested key lime. “The C.R.E.A.M. is a unique IPA that delivers big hop aroma and flavour, but also offers something fresh for the summer,” says Dead Frog Head Brewer, Cole Smith. “The key lime adds a hint of freshness to the aroma of the hops, and balances perfectly with the slightly sweet, creamy finish of the brew.”

Brew Description
A hazy golden IPA with flavours of tropical citrus hops, freshly zested key lime, and a creamy hint of sweetness. Named after the 5 select hops chosen to compliment the fresh lime flavour and crisp malt base. Alc./Vol. 6.5%. 45 IBU.

The hops in the brew are Columbus, Rakau, Ekuanot, Azacca, and Meridian. C.R.E.A.M.

The C.R.E.A.M. Key Lime Milkshake IPA is available now in liquor stores across BC and Alberta in 650mL single bottles. It’s a single batch brew and is available for a limited time only.