“With the Piña Colada Hazy IPA we set out to create the perfect summertime Hazy IPA” says Dead Frog Brewmaster Cole Smith.  “We dry hopped to get bold flavours of mango and papaya, and complimented it with loads of natural pineapple and coconut. We can’t wait for people to kick back with a pint on their patio while they enjoy summer on the West Coast”

A refreshing  hazy IPA with tropical flavours of mango and papaya from tropical dry hopping, with a blast of all natural coconut and pineapple. Golden in colour, bold in flavour, and perfect for summertime sipping. ABV 5.7% – IBU 44.

Single batch brew available for a limited time only. 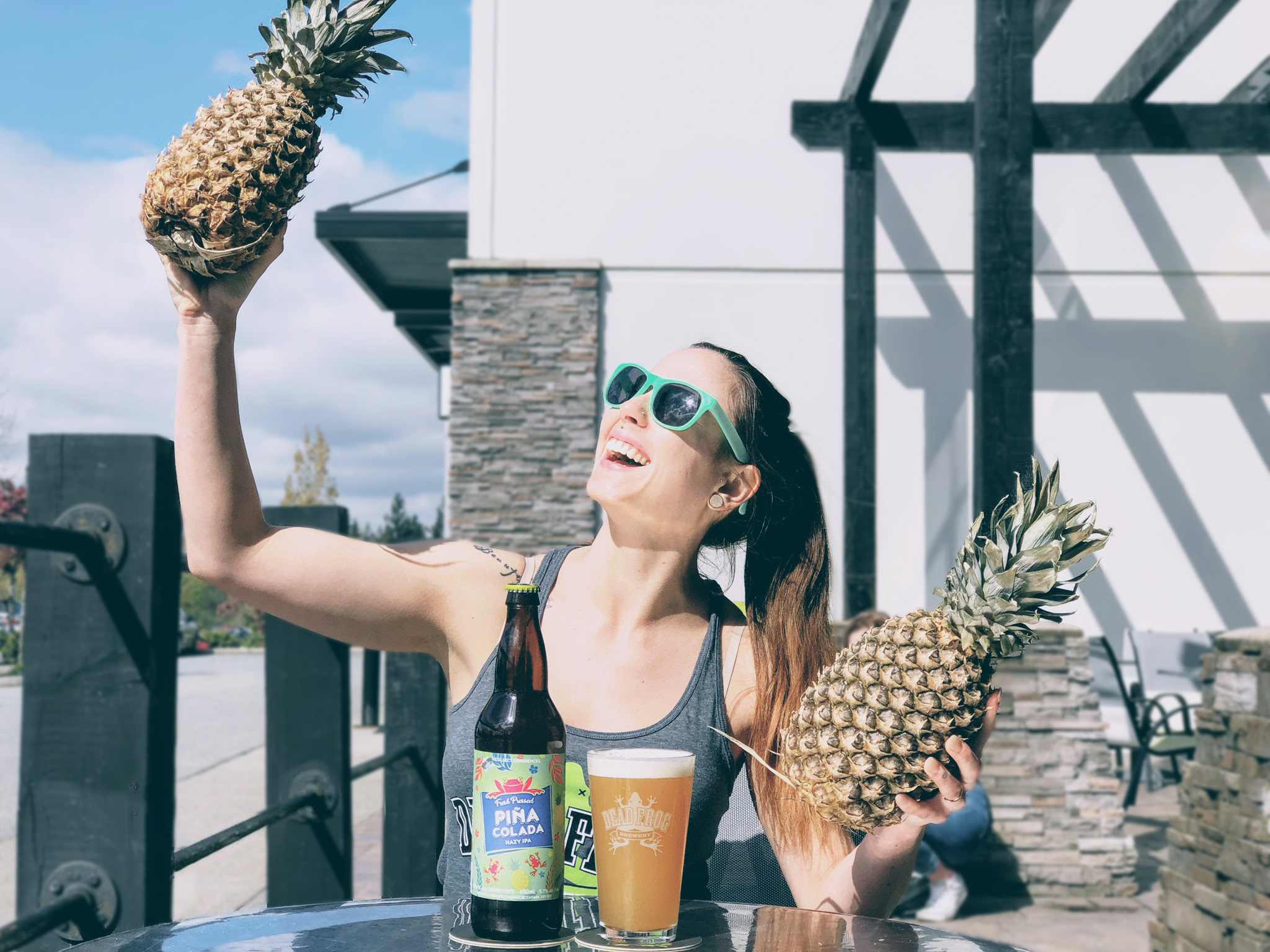 The Fresh Pressed Piña Colada Hazy IPA will be available at Dead Frog’s new Brewery & Tasting Room in Langley BC, and at select craft beer pouring pubs and restaurants across BC.

Dead Frog is an independent, award-winning craft brewery in Langley, British Columbia. In January 2006, Derrick and Donna Smith launched Dead Frog with the goal of producing premium quality, creative and innovative brews. In June 2018 Dead Frog made the big move from their cramped brewery in Aldergrove to a beautiful new tasting room in Langley BC.