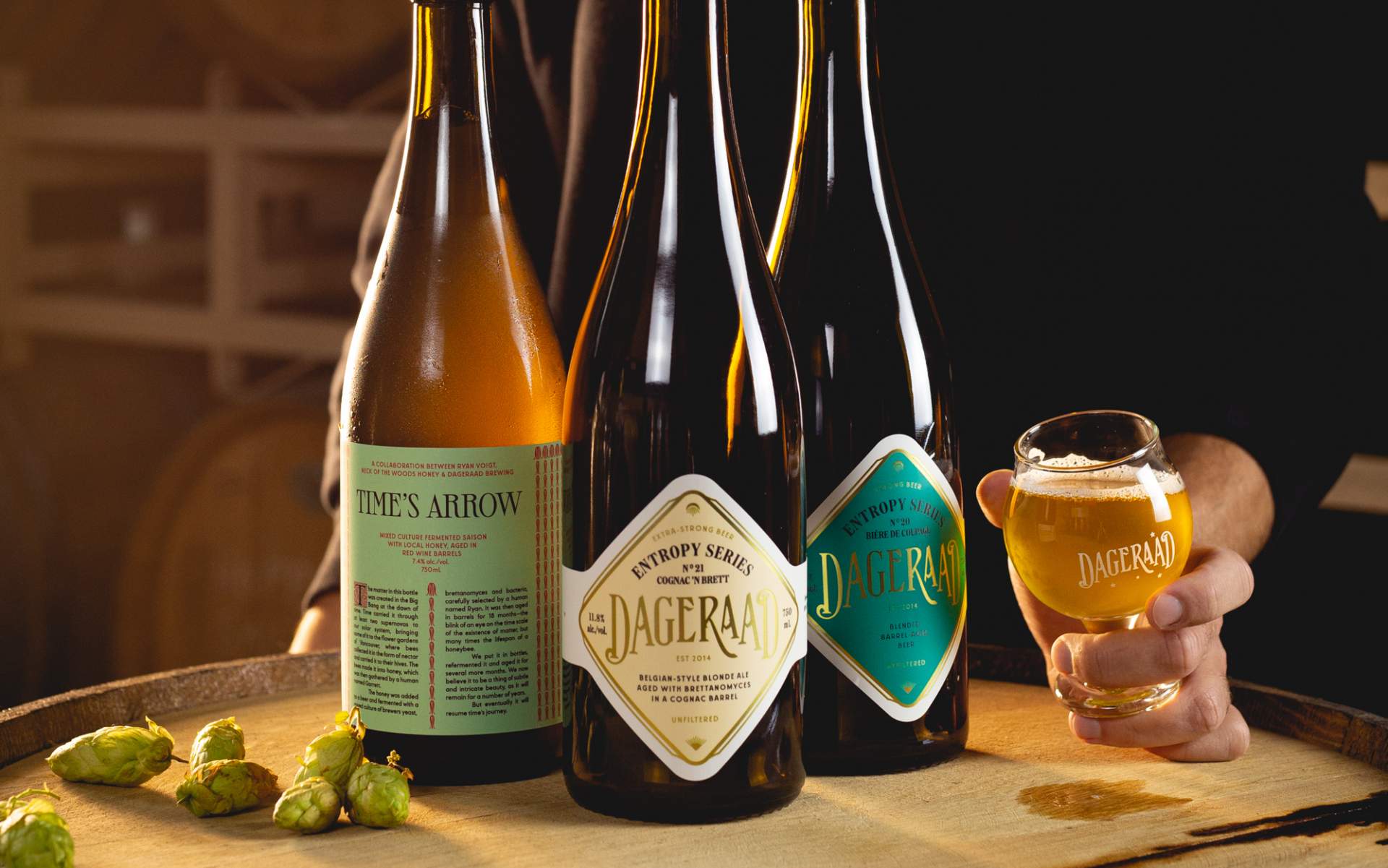 Burnaby, BC — From one brandy barrel in 2016 to over 40 barrels in 2021, Dageraad Brewing has doubled the size of its barrel program over the last two years and now the expanded project is bearing the fruit of that labour. Fans of rare and complex beers have plenty to rejoice about this season as Dageraad releases three new barrel-aged beers.

“[Barrel aging is] an opportunity to create beer with different flavour profiles, adding something that isn’t normally in beer,” says Mitch Warner, Dageraad’s Brewery Manager. “The extended aging in wood allows the beers to mature and change over time, which is the central ethos behind our Entropy Series.”

The first of the releases, Time’s Arrow (a collaboration between Dageraad, Ryan Voigt, and Neck of the Woods Honey), leans into the vinous character with a tannic complexity in a mixed-culture beer fermented with locally-sourced honey.

This beer was aged for 18 months in red wine barrels, adding dry structure to a tart and funky beer while the honey gives a light floral sweetness that blooms as the glass warms. Time’s Arrow is available now at the Dageraad tasting room and across the Lower Mainland and on Vancouver Island.

View full review on Beer Me BC | Order online now →

The 20th entry in the Entropy Series is Bière de Coupage, a blend of 20- and 31-month-old barrels along with freshly dry-hopped Saison. Bière de Coupage has a deep woody body supporting notes of citrus and herbaceous noble hops.

It’s a winding journey of a beer, with rich and complementary flavours that finish with a dose of hoppiness otherwise unattainable in a barrel-aged beer.

View full review on Beer Me BC | Order online now →

The inspiration for Entropy Series No. 21, dubbed Cognac n’ Brett, came to the brewers after smelling a fresh cognac barrel at the 2019 Craft Brewers Conference in Denver. The concept harkens back to Entropy #1: Dageraad Blonde aged in a pear brandy barrel and blended with fresh Blonde.

The extended aging of Cognac n’ Brett made the danger of oxidation likely, but adding brettanomyces claussenii staved this off, also adding fruit and funk to a strong, dry beer layered with notes of oak and cognac. Full review coming to Beer Me BC | Order online now →

The appeal of barrel-aging beer rests in the creativity and unpredictability of the experience. Often, the brewers don’t know how a specific beer will turn out until the time comes to taste it. So while the results charm and entice fans of unique beer, the process requires a lot of time to perfect.

Dageraad’s Warner adds that even though the Entropy beers occupy a part of the market that has lots of room to explore, the releases will still be somewhat small and exclusive. That said, Dageraad has at least four more releases planned for 2021, meaning fans of these unique beers should be saving space in their fridges and cellars. 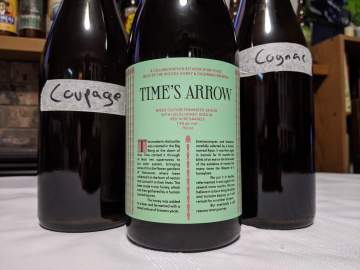 Dageraad Brewing was kind enough to supply What’s Brewing with a preview sample of these new releases. Thanks to that, our sister site Beer Me BC has published a tasting review of Time’s Arrow and an exlusive pre-release review of Bière de Coupage.

Meanwhile, you can order all three releases right now at Dageraad’s online store.