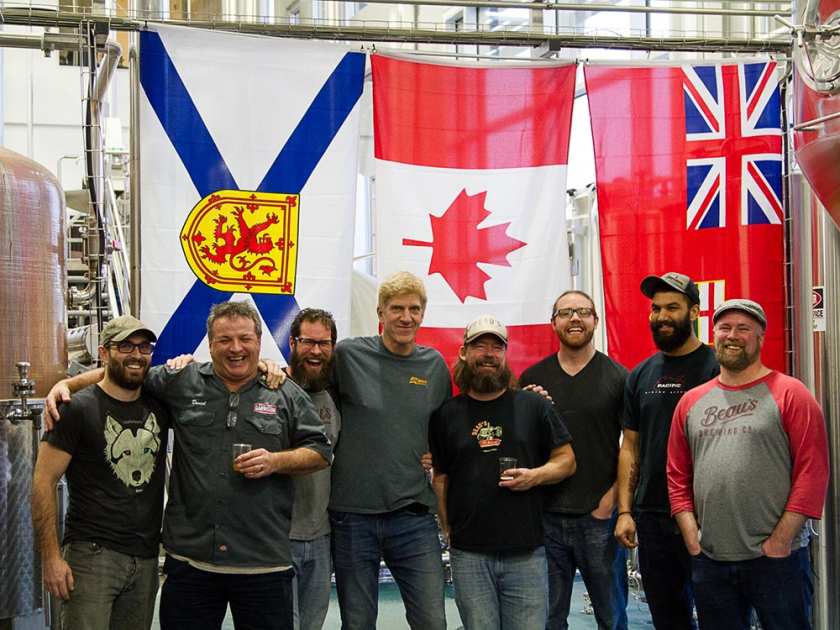 “Everyone used to say B.C. was like, five or 10 years behind the States. It’s not like that anymore. We don’t have as many breweries as they do but the quality is as good as anywhere in the States,” says the brewmaster of Surrey’s Central City Brewers + Distillers, who’s talking over the phone from the annual Craft Brewers Conference.

“I’m drinking all of these American beers and I wouldn’t say I’m underwhelmed, but the fact is I’m exposed to such good beers in Canada that none of the American beers are standing out anymore. We’ve definitely caught up, and we’re right up there with anybody in the world.”

Lohin should know. He spent a good part of the first few months of 2017 inviting brewers from across Canada to brew with him in celebration of the country’s 150th birthday. Together with Lohin, the 12 brewing teams — one from each province and territory with a brewery — each dreamed up a recipe for a beer that evoked their part of the country.