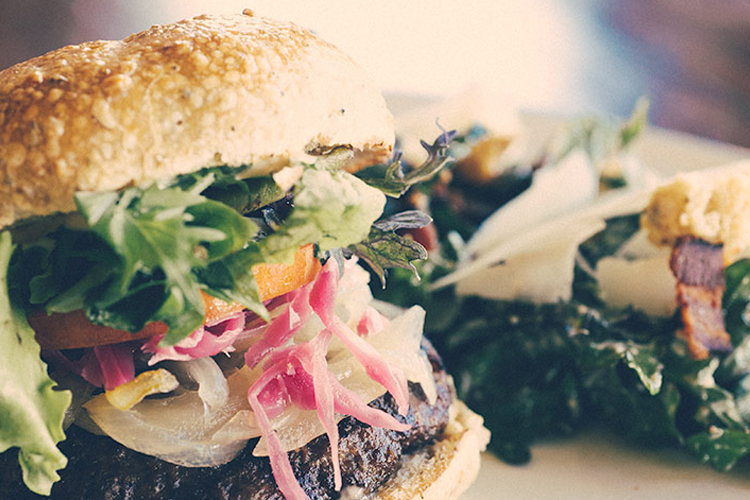 Not your average burger, at Spinnakers Brewpub in Victoria. Photo credit: Thegrowler.ca

The brewery lounge concept has been revolutionary for B.C.’s beer scene in more ways than one.

As well as offering young breweries a vital source of revenue through a store front, the legal requirement to provide food has pushed many businesses to think seriously about their culinary component.

For some, that means offering oven-fresh pizzas, burgers and other pub favourites. But other breweries are elevating their cuisine further to offer exceptional ethnic and West Coast dishes that tie into important culinary concepts like seasonality and sustainability.

Like most things in B.C.’s craft beer scene, this detailed attention to the food menu can be traced back to one place: Spinnakers in Victoria. Canada’s first brewpub when it opened in 1984, Spinnakers led the way in not only providing a varied menu of fresh meals to pair with fresh beer, but also the whole concept of buying local.

“What we offered people was a whole new take on how to taste beer,” says Spinnakers co-founder and publican Paul Hadfield, “and we gave equal attention to having something good and filling to eat.”

Filed under: Business of Beer, Pubs & Taprooms
Tagged under: BC, beer, Brewery, Cuisine, Culinary, The Growler