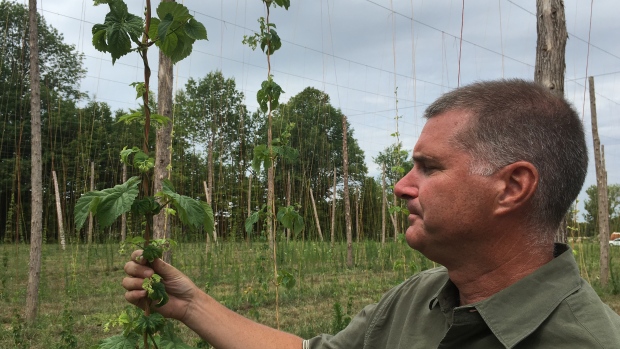 After working for 25 years on Toronto’s Bay Street, Brian Pearson made a truly drastic career change. He quit his job in finance to become a farmer.

“At the age of 50, I looked at life and realized that life is too short, so what’s the next thing for me to do?” said Pearson.

He bought a piece of land across the road from where he grew up north of Barrie, Ont., did a tremendous amount of research and turned his love for craft beer into a full-time job growing its essential ingredient — hops.

“I took a chance and planted some last year and they flourished,” said Pearson, whose operation is called Cahiague Farms.

Filed under: Beer In The News, Business of Beer
Tagged under: Agriculture, Farming, Hops