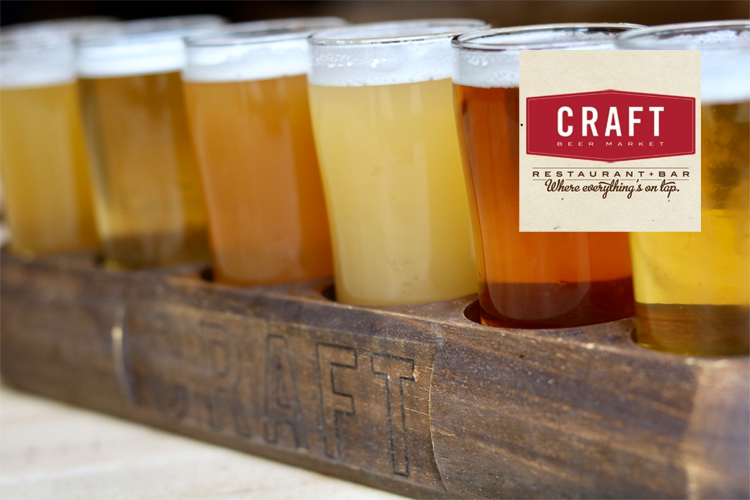 A notable day for the craft brewery world, or any self-proclaimed beer nerd, National IPA Day occurs annually on the first Thursday of August (this year, the 1st of the month). In honour of this often-overlooked hoppy holiday, CRAFT Beer Market will be holding a competition across all seven national locations to crown the best local India Pale Ale in each region: The BIG HOPPA. This inaugural people’s choice award is the first of its kind in Canada, giving voice to the consumer/hop-head.

The Craft Beer Movement was Built on IPAs

While the craft beer industry has seen several trends come and go, India Pale Ales have been the foundation for local breweries due to their versatility, turnaround time, and the overall demand and interest from consumers.

“The India Pale Ale section of our beer list is hands down the longest and most varied,” said National Beverage Director Nick Hugh. “Our brewery partners are producing so many great IPAs, it’s impossible for us to pick a favorite. So, we’re putting it to our guests and fellow beerlovers to make the tough choice and help us crown the best of the best.”

Nominations were made by CRAFT team members, based on personal preference and guest feedback. IPA fans looking to participate in the awards are invited to any CRAFT Beer Market location across Canada from July 30th to August 5th to sample an All-Local, All-IPA flight and vote for their top pick. Don’t think IPAs are for you? CRAFT prides themselves on having over 100 beer on tap and guarantee to have the right beer for any thirsty palate.

Reservations are recommended and can be made online, over the phone, or in-restaurant:
https://craftbeermarket.ca/vancouver/bookanevent#bookATable
604.709.2337 (BEER)

Founded in 2011, CRAFT Beer Market is a premium casual restaurant with a passion for fresh local food and fresh local beer. A leader in sustainability and community within the hospitality industry, all 7 locations across Canada are level 2-LEAF certified and are continuously active in local charitable programs. Visit https://craftbeermarket.ca for more information on upcoming events and initiatives.