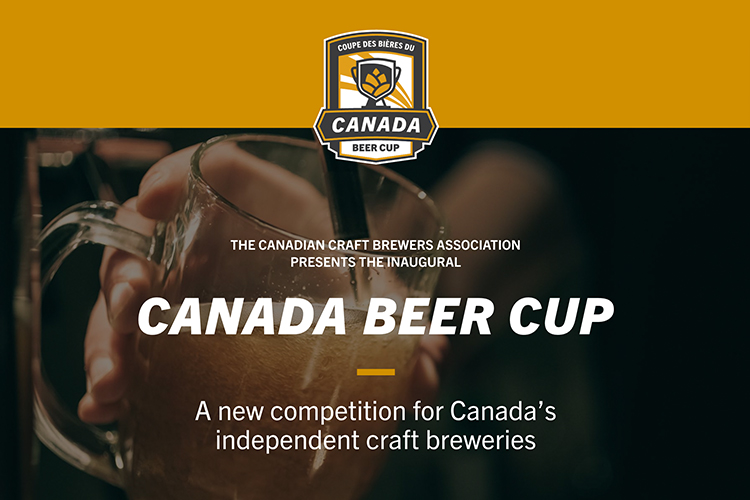 The Canadian Craft Brewers Association is taking steps to elevate the international profile of Canadian craft beer with a new competition for Canada’s independent craft brewers. The competition will present awards in 70 distinct and original style categories developed by Stephen Beaumont, beer writer and author, and internationally recognized as Canada’s foremost authority on beer. Out of all the winning beers one will be selected by the judges as “best in show”, and the submitting brewery will be awarded the Canada Beer Cup trophy.

The inaugural Canada Beer Cup competition will feature top judges from the United States, the U.K. and Europe, a first for a Canadian beer competition.

“Canadian craft beer is now on par with the best beers in the world,” said Beaumont, head judge for the competition. “I’m proud to invite my international peers to experience the quality and innovation that goes into Canadian craft beer.”

The competition will also include a new feature category, Canadian Style Beer, where brewers will be challenged to submit a beer that is in some way uniquely Canadian, due to ingredients, style, process, or some other element.

“This is a competition by the industry for the industry, with all proceeds going to fund the important work of our national Association,” said CCBA Executive Director Rick Dalmazzi. “We support our member breweries who in turn support their local communities in every province and territory in Canada each and every day.”

Entry to the inaugural Canada Beer Cup competition is open to all Canadian independent craft breweries beginning on November 17th, 2021. More details can be found at www.canadabeercup.com.

The Canadian Craft Brewers Association is the voice of Canadian craft beer. The CCBA represents the interests of a growing industry of over 1,200 small and independent craft breweries and brewpubs in every province and territory in Canada. Our mandate is to lobby government, educate our members, and promote Canadian craft beer nationally and internationally. For more information visit our website at www.ccba-ambc.org