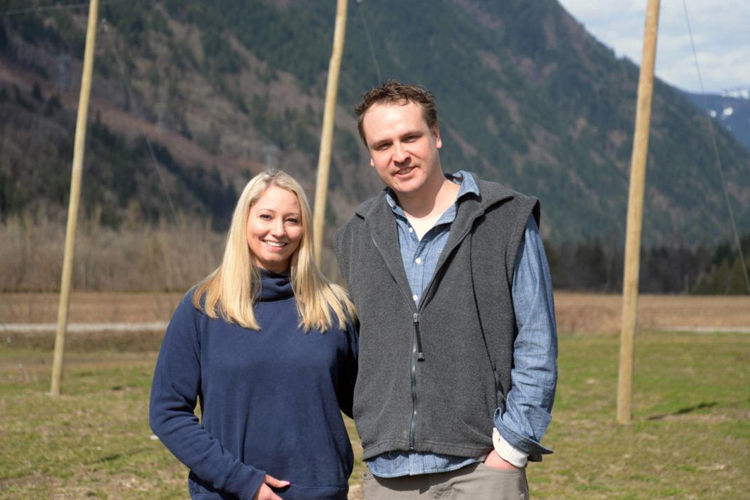 Nestled on Seabird Island land, under the abiding vigilance of Mount Cheam, sit rows and rows of tiny hop plants.

You have to kneel down and peer into the moist soil to find the little clusters of buds, poking up through the ground, beginning to wake up as warmer air hits the valley. By mid-April long cedar poles and aircraft wires will support thousands of Cascade and Centennial variety hops.

The hops were planted by Fraser Valley Hop Farms Inc., a new hop production company founded in late 2016 by Shane D. Toews and Alex Blackwell, who took on a 25-year lease for 52 hectares of Seabird Island land. The entrepreneurs and their team spent most of 2017 setting up infrastructure on six hectares, and now, with the help of B.C. hops-producing legend Rick Knight, are preparing for their first harvesting year.