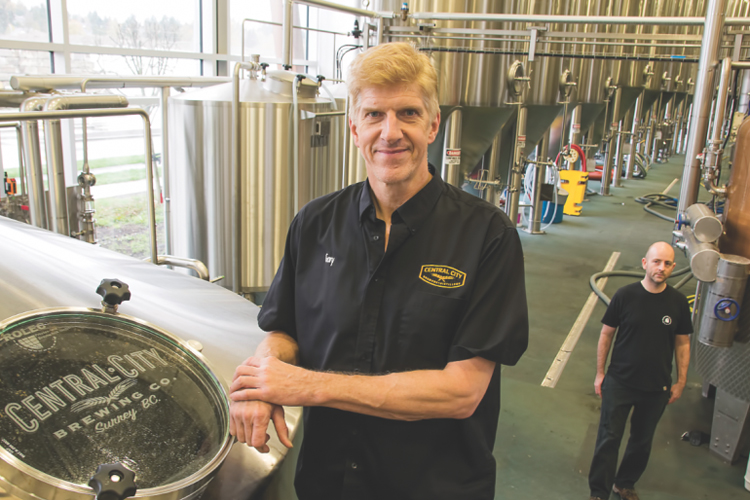 As Vancouver’s craft brewing industry continues to boom, the Fraser Valley is looking to hop up a few notches on the local beer scene.

Central City Brewers + Distillers brewmaster Gary Lohin said he’s in contract talks with a couple of hop farmers in the Fraser Valley to produce crops for his recipes. While the main ingredient for beer is barley, which in Central City’s case primarily comes from the Peace River region, hops are also used for flavouring. Lohin said he spends about $2 million annually on about 20 different varieties of hops and gets a small percentage locally, which he’d like to expand.