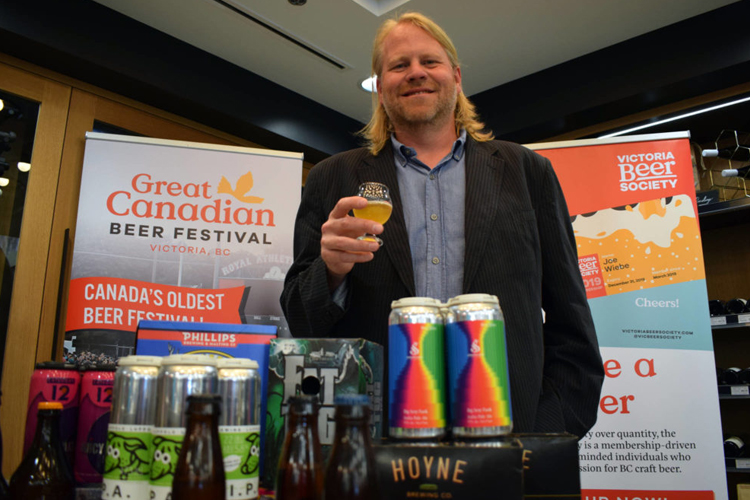 Photo: Expect close to 100 breweries and offerings from coast to coast at this year’s Great Canadian Beer Festival, Joe Wiebe, co-founder of the Victoria Beer Society, announced Tuesday at Cascadia Liquor on Quadra Street. His group is hosting the event for the first time this year. (Kevin Menz/News Staff)

The new hosts of Victoria’s Great Canadian Beer Festival are promising the largest lineup of breweries ever for this year’s event, with close to 100 breweries set to participate.

“We are at about 96 right now and we still might be able to squeeze a few more breweries in,” Joe Wiebe, co-founder of the Victoria Beer Society said Tuesday at an event at Cascadia Quadra Village to announce the list of craft breweries set to take part in the festival.

“We have significantly more breweries than ever before. It’s really exciting.”