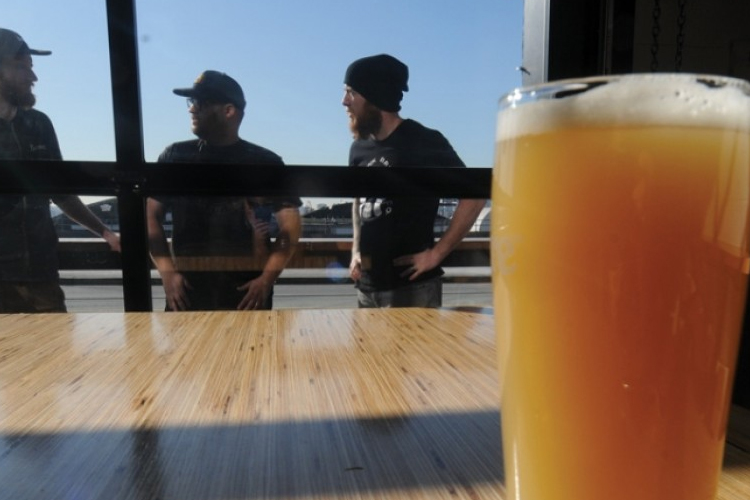 Photo: Matt Beere, Simon Koldyk and Darren Hollett, co-founders of Beere Brewing, Streetcar Brewing and House of Funk Brewing respectively, are all in support of a change in zoning bylaw to make it easier for breweries to open lounges | Photo Mike Wakefield, North Shore News

They’re all but tapping the kegs in the City of North Vancouver.

Council voted unanimously last week to fast track some rule changes that will make it easier for a host of new breweries to open up lounges in a “brewery district” in Lower Lonsdale.

One brewery is already up and running and another four are planning to open soon in the light-industrial area along East Esplanade and East First Street. Under the current zoning for the area, breweries or distilleries are allowed to have tasting rooms for customers to sample their products but they are limited to 125 mililitres per serving and 375 millilitres per day – less than half a proper pint.