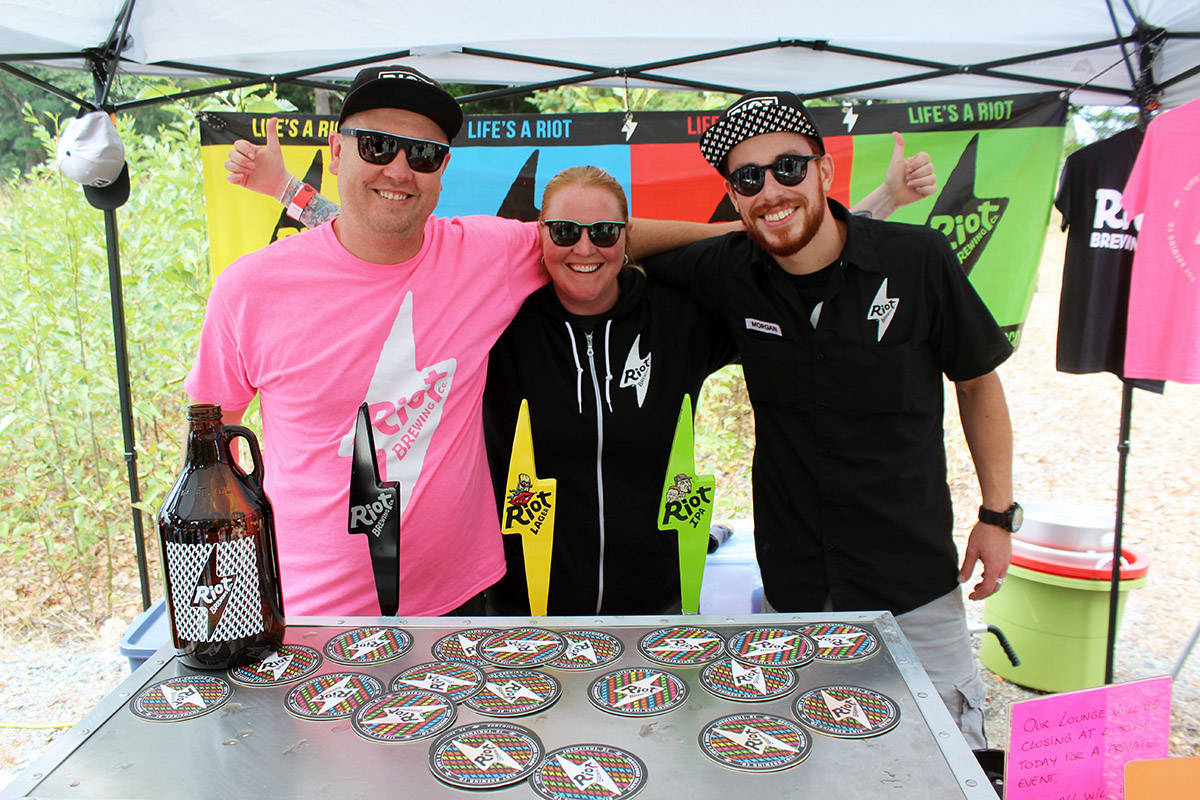 The Riot Brewing gang, from left, of Ralf Rosenke, Aly Tomlin and Morgan Moreira is in the spotlight again with two World Beer Cup awards. (Photo by Don Bodger)

Gold and bronze recognition comes from competition in Nashville, TN

Chemainus’ Riot Brewing Co. claimed a gold and a bronze award in the 2018 World Beer Cup, a global beer competition that evaluates beers from around the world and recognizes the most outstanding brewers and their beers.

Awards were given in 101 categories during the award ceremony Thursday at Music City Center in Nashville, TN.

Riot Brewing received a gold award in the English Style Dark Mild Ale beer category for its Working Class Hero Dark Mild, a beer brewed with chocolate and crystal malts that showcases roasted notes of chocolate and coffee. The ale is low in alcohol and light in flavour.