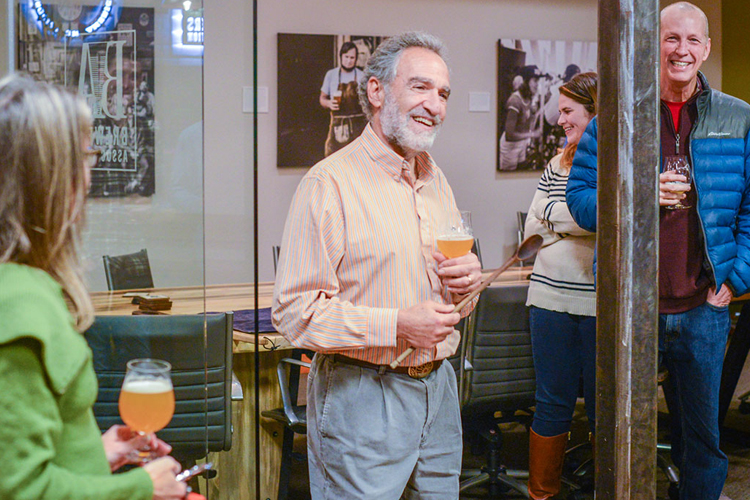 Before the holidays got underway, Brewers Association staff and guests gathered at the Boulder, Colo., office for a celebratory send-off of an old friend. The guest of honor—a simple, wooden spoon—looked rugged yet still charismatic after 40 plus years of experience and Charlie Papazian, BA founder and past president, beamed like a proud parent. As Papazian shared reflections on the early days of homebrewing together, attendees raised their glasses to toast the wooden spoon—and the man—that sparked a movement.

In 1978, Charlie Papazian founded the American Homebrewers Association and began publishing Zymurgy, the leading magazine for homebrewers. Papazian is an inspiration to more than a million homebrewers through his many books, including The Complete Joy of Homebrewing (and its subsequent editions), which many consider the “homebrewer’s bible.” Yet Papazian was still surprised when the Smithsonian’s National Museum of American History reached out to procure some of his brewing tools for the American Brewing History Initiative.