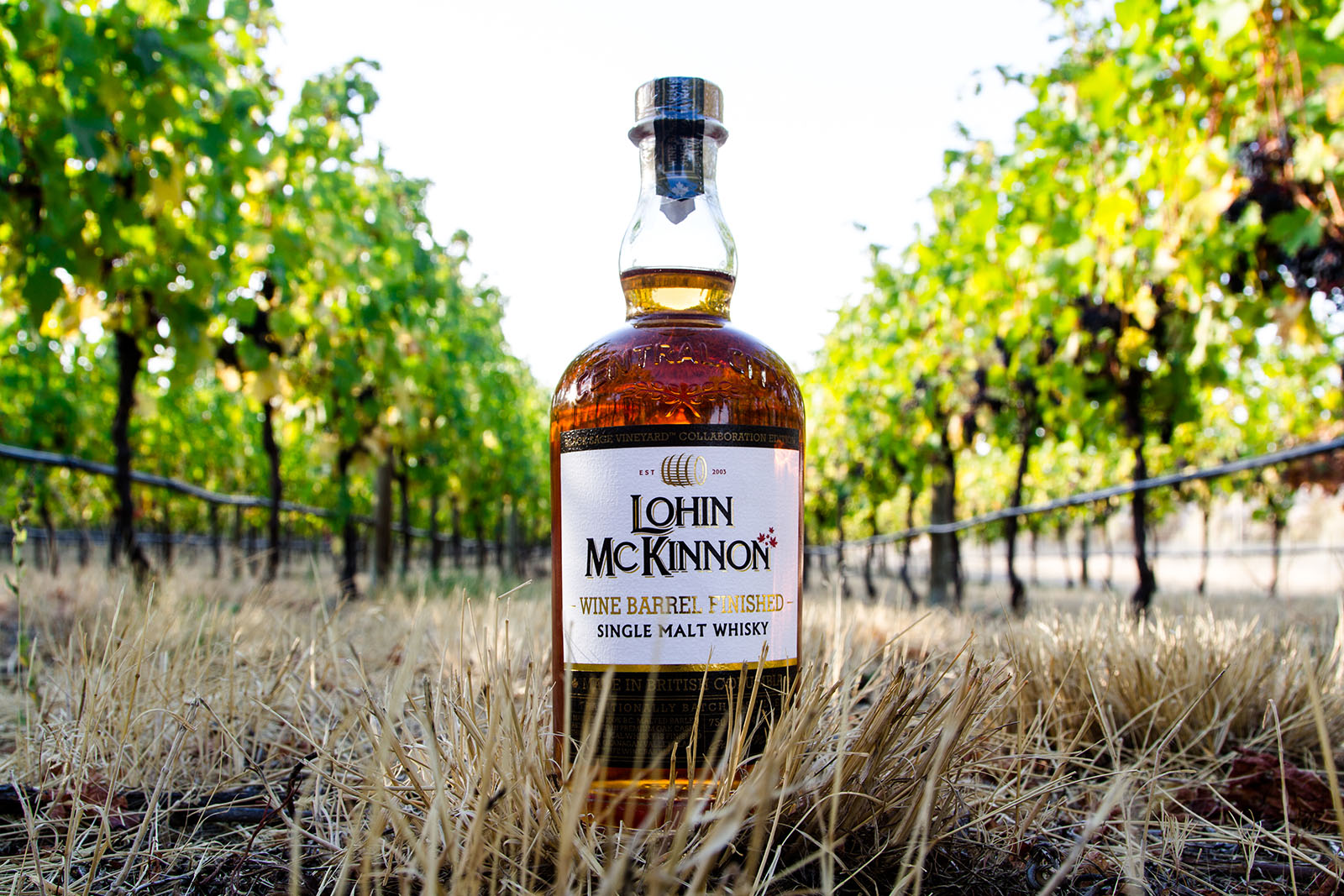 “We really wanted to celebrate British Columbia’s rich diversity of world renowned beer, wine and spirits, and what better way than to collaborate on a special edition single malt whisky with a local, world-class partner like Black Sage Vineyard™,” says Stuart McKinnon; Head Distiller at Central City Brewers + Distillers. “Our collaboration is a tribute to BC’s passion for craftsmanship and quality that our province is best known for.”

Lohin McKinnon VQA Wine Barrel Finished Single Malt Whisky has a nose of blackberry, vanilla, prunes and sultans with an earthy character that lends to the fortified wine roots of the Pipe finishing barrel. Notes of sweet dark fruit, licorice and oak envelope the palate and lead into a medium and zesty drying finish.

Black Sage Vineyard™ is located at the northern tip of the Sonoran Desert in the Okanagan Valley, which gets more hours of sunlight than any other growing region in North America. The west-facing late-ripening premium grapes on the Black Sage Bench receive optimal sunlight and thrive in hot, arid conditions to produce intensely flavoured fruit. Crafted by the experienced hands of winemaker Jason James, the exceptional wines have a bold new label that matches their confident personality.

“We were excited to work with Central City on this special edition whisky and toast our made-in-BC collaboration,” says Black Sage Vineyard’s wine maker Jason James. “Aging Lohin McKinnon whisky in our Pipe wine barrels makes a lot of sense because of the rich character from a blend of Cabernet Sauvignon, Merlot and Cabernet Franc grapes. The sweetness of the fortified wine also compliments the whisky and results in a smooth, bold and complex wine-aged single malt whisky.”

Recognized as one of BC’s best craft breweries, and two-time winner of the Canadian Brewery of the Year Award, Central City Brewers + Distillers entered the world of craft distilling in 2013 when they opened their new 68,000 sq. ft. brewery and distillery on Bridgeview Drive in Surrey. They launched their high-end spirits portfolio with Seraph Vodka and Gin, the two-time Double Gold award-winning Queensborough Gin, and the Lohin McKinnon single malt whisky.

Named after the road it fronts, Black Sage Vineyard™ was first established in 1992 and known for being the vineyard to grow the first Bordeaux varieties planted in the Okanagan Valley. Today, grapes grown on Black Sage Vineyard continue to thrive in the hot, arid environment and late-ripening grapes such as Merlot, Cabernet Sauvignon and Cabernet Franc flourish under the guidance of winemaker Jason James. Known for its bold, intensely flavoured red wines, Black Sage Vineyard™ wines represent what happens when the right vines are planted in the right location. www.blacksagevineyard.ca

Central City is a craft brewery and distillery in the business of developing, producing and selling international award-winning, premium craft beer and high quality distilled spirits, brewed without compromise. Based in Surrey, British Columbia, CCBD was voted Canada’s Brewery of the Year in 2010 and 2012. Their Red Racer brand has become a cult icon among craft beer enthusiasts throughout North America. Founded in 2003 as a brewpub and liquor store in downtown Surrey, CCBD celebrated its 10th anniversary in 2013 with the grand opening of a brand new, 68,000 sq. ft. brewery and distillery on Bridgeview Drive. It opened a second restaurant in downtown Vancouver, Central City on Beatty, in 2015.  www.centralcitybrewing.com