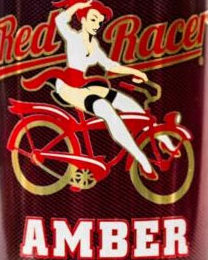 The Red Racer Amber Ale has a lightly toasted body with a touch of sweetness balanced with a slightly bitter hop flavour. Columbus and Centennial hops give this beer a West Coast inspiration with light pine and citrus notes. The finish is dry and smooth with a slight lingering bitterness and roasted malt character.

“West Coast beer drinkers are big fans of sessionable beers so we decided to brew a new beer with a balanced malt and hop profile for a more sessionable Pale Ale experience,” says Gary Lohin, Brewmaster at Central City Brewers + Distillers. “We brewed our Amber Ale to be smoother, with a slight hoppy flavour to give it a bit of a kick. The Amber Ale will replace our Copper Ale and will be available all year round.”

The Red Racer Amber Ale (5.0% alc./vol., 25 IBU) is available in 355 ml six-packs and on draught and is available in liquor stores in British Columbia, Alberta and Manitoba.

Visit www.centralcitybrewing.com for more information and follow Central City on social media: Instagram @CentralCityBrew, Twitter @CentralCityBrew, Facebook CentralCityBrewing.
About Central City Brewers + Distillers:
Central City is a craft brewery in the business of developing, producing and selling international award-winning premium craft beer and high quality distilled spirits brewed without compromise. Based in Surrey, British Columbia, CCBD was voted Canada’s Best Brewery of the Year in 2010 and 2012. Its Red Racer brand has become a cult icon among craft beer enthusiasts throughout North America. Founded in 2003 as a brewpub and liquor store in downtown Surrey, CCBD celebrated its 10th anniversary in 2013 with the grand opening of a brand new, 68,000 sq. ft. brewery and distillery on Bridgeview Drive. It opened a second restaurant in downtown Vancouver, Central City on Beatty in 2015.  www.centralcitybrewing.com