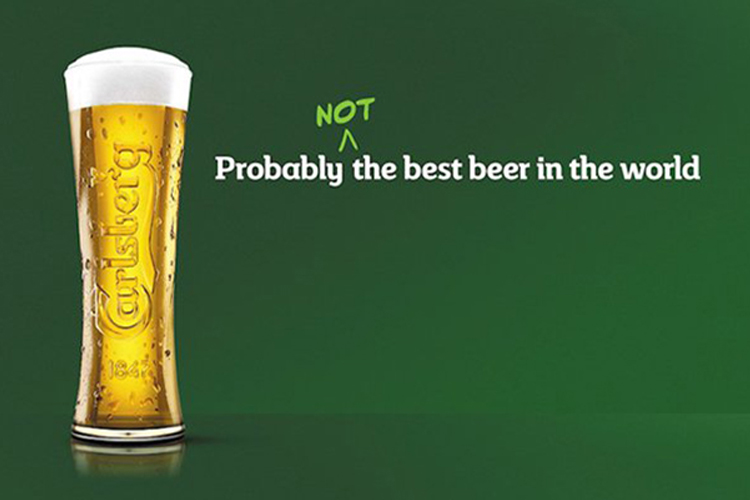 ‘Admitting your beer tastes like cat piss could pay off’: PR pros have largely backed Carlsberg’s bold brand repositioning campaign for its authenticity and honesty.

Yesterday, Carlsberg rolled out a bold campaign to acknowledge its standard lager was “probably not” the best beer in the world – a play on its iconic slogan – and that it had created a new recipe and fresh design scheme for its Carlsberg Danish Pilsner.

The brand has used the famous ‘probably’ slogan for the past 46 years.

The £20m campaign was created by Fold7, with PR support from Clifford French and Fleet Street Communications, and media buying from Initiative. It features executions in digital out of home and social media (15 April), press (19 April) and a new Mads Mikkelsen TV ad (23 May).

Filed under: Beer In The News, Business of Beer
Tagged under: bold campaign, Carlsberg, probably the best beer in the world, rebrewed Carlsberg from head to hop