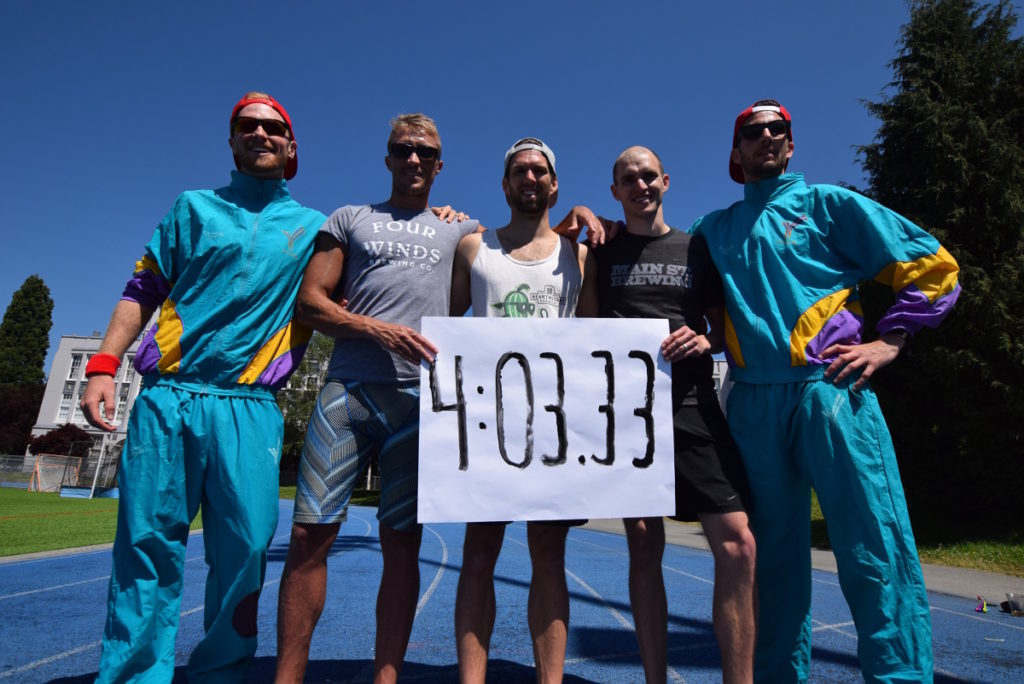 Four Vancouver runners made July 1 a record-breaking day as the quartet set a world best for a variation of the beer mile.

On Canada Day, Jack Williams, John Oisin O’Keane, Andrew Hall and Jeremy Bryant ran 4:03.33, a world record according to the team, for the beer mile relay. The time bests a previous record of 4:06, which was also set by Canadians at the 2016 Beer Mile World Classic in London, England.

The new record was set on the track for Vancouver’s Point Grey Secondary School. Notably, race officials were wearing faded neon tracksuits dating from the 1994 Commonwealth Games, which was held just across the Strait of Georgia in Victoria.

Four local Vancouver breweries — Main Street Brewery, Hearthstone Brewery, White Rock Beach Beer Company and Four Winds Brewing Company — sponsored the event and donated their beer to fuel the training and running of the attempt. Rob Watson, a coach with Mile2Marathon and a World Championship in Athletics qualifier in the marathon, was in the infield taking care of timing.

Filed under: Announcements (Press Releases), Beer In The News
Tagged under: Canada