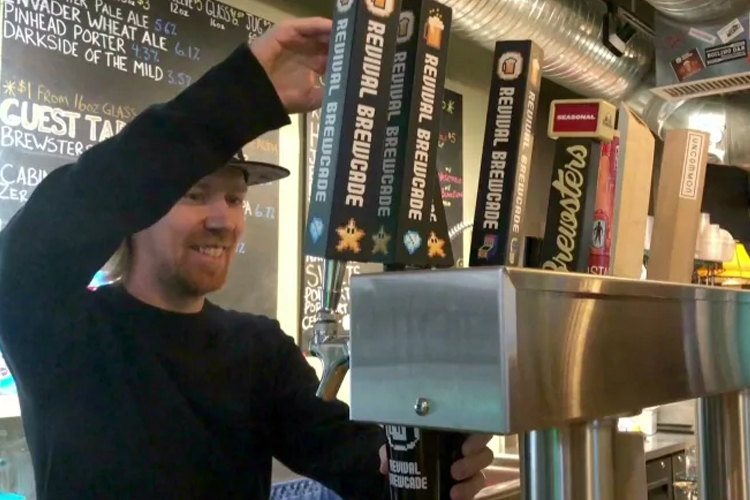 Above picture: Revival Brewcade co-owner James Dobbin pours a pint at the Inglewood location. Because the beer is brewed off-site it has to be trucked to Edmonton before it can be served in Calgary. (Helen Pike/CBC)

The craft scene is touted as a local gem, but one Calgary brewer is speaking out about the lengths his beer travels before they pour your pint.

Nestled in Inglewood Revival Brewcade is a small start-up brewery. Currently, they don’t brew beer on site and instead, contract through Red Bison to bring you their creations.

But even though there are only a few kilometres between Brewcade and their beer brewing contractor, the kegs they produce have to travel more than 600 kilometres — round trip — to the province’s only distribution centre in St. Albert and back before they can be tapped.