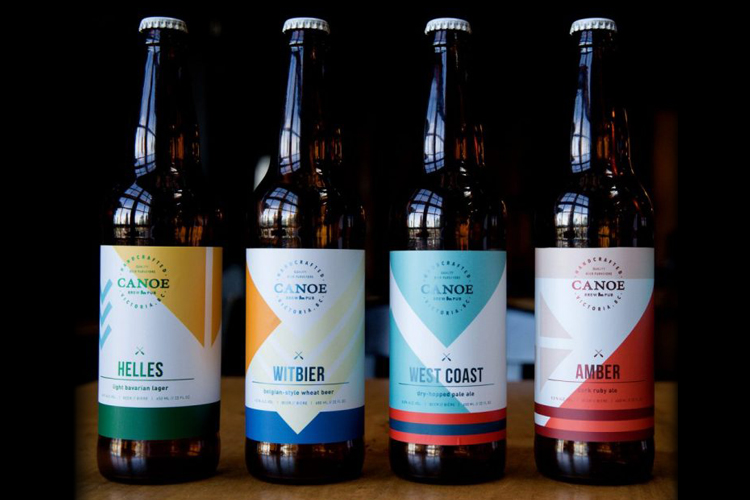 Victoria’s Canoe Brewpub has launched an all-new beer line-up this month, with four new mainstay beers and the first of its quarterly rotating Windward Series.

“We have tailored our beer portfolio to include as wide a range of varying palates as possible,” says brewmaster Daniel Murphy. “They favour subtle complexity, structure, and balance that will appeal to craft-beer newcomers, and experienced enthusiasts.”

The first of the seasonal Windward Series is the British IPA, a throwback to the original India pale ales, made with UK Maris Otter malt and Old World hops.

Canoe’s new line of beers will be available in bottles at the brewpub and liquor stores around Victoria and will feature new branding inspired by the geometric designs of traditional canoe paddles.