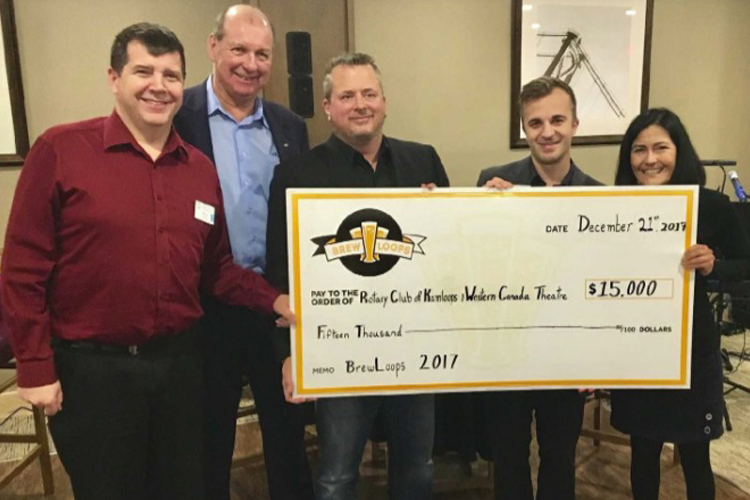 BrewLoops has passed along its surplus earnings from the annual craft beer festival to the Rotary Club of Kamloops West and Western Canada Theatre. The BrewLoops Cultural Society this week presented a $15,000 cheque to the organizations to split.

Both Rotary West and WCT have been partners with BrewLoops since its inception in 2014.