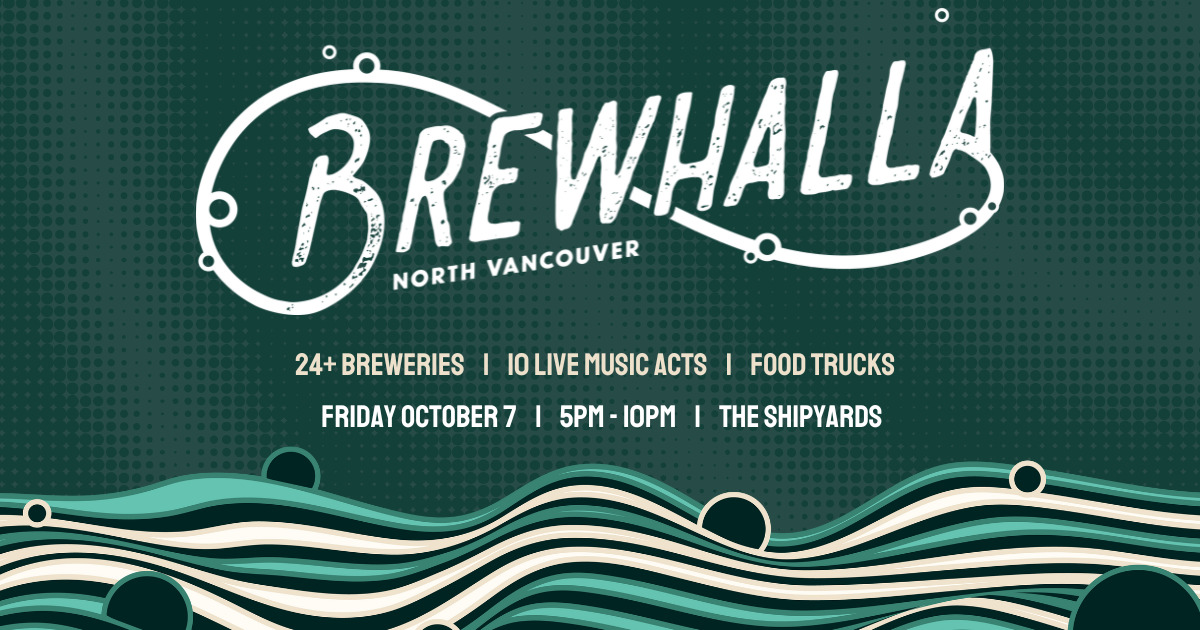 Langley, September 2, 2022 – The 2022 Brewhalla Beer & Music Festival in North Vancouver is presented by The Quay Market & Food Hall. The Quay is located right next to the festival site and is a destination for those seeking fresh, local and unique foods. Featuring fantastic vendors, artisans, entertainers and retailers, The Quay is a one-stop-shop and with endless options, there is something for everyone. Attendees of the festival are encouraged to explore The Quay Market & Food Hall before they head into the festival to sip & sample products from 23 alcohol vendors and enjoy live music performances from 7 musical acts across two stages.

“The North Shore beer scene has exploded in the last few years and we’re excited to feature the Breweries that call North Vancouver home, while also giving breweries from outside the city the opportunity to showcase their products,” says Hannah Brown, Event Manager.

Ticket holders will be able to walk through the festival site sipping on their 4oz sample while enjoying live music from: Caleb Hart, The Ryan McAllister Band, Chersea, and Trilojay on the main Shipyards Stage, and from a secondary DJ stage that will be pumping out beats from Olin Brix and DJ Flipout throughout the event.

Tickets for the 19+ inaugural event are on sale now at www.brewhalla.ca/north-vancouver and include admission to the festival, a 4oz tasting glass, 3 drink tokens, access to the onsite food trucks, live music, games & giveaways

Red Door Events Inc. was established in 2018 as a sister company to Trading Post Brewing out of a genuine desire to bring communities together. Building off the success of the Fort Langley Beer & Food Festival, Red Door launched the Summerset Music & Arts Festival in 2019 followed by Noel, a Christmas light show & spectacle in Calgary & Milwaukee. Their newest venture, the Brewhalla Beer & Music Festival Series, has expanded their events into new communities in the lower mainland