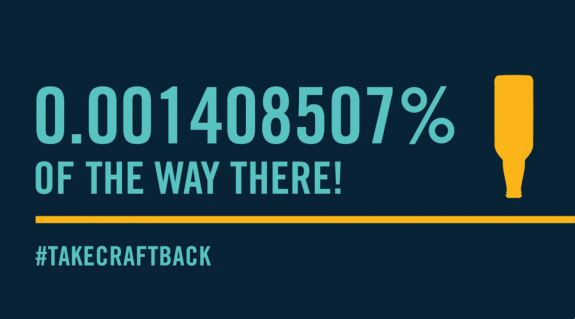 –Take Craft Back, Seeking $213 Billion, Is Largest Crowdfunding Campaign Ever–

(Boulder, CO) — It’s official: The Brewers Association (BA), the not-for-profit organization that represents America’s small and independent brewers, has announced the craft brewing community’s intent to Take Craft Back from Big Beer. The #TakeCraftBack campaign—launched at TakeCraftBack.com—seeks to crowdsource the funds to buy Anheuser-Busch InBev, the international conglomerate that has been busy acquiring small breweries across the country.

Over the past several years, Big Beer has been attempting to buy their way into the craft beer movement by acquiring small breweries at a rapid rate and using their acquisitions to invent craft brewing bona-fides.