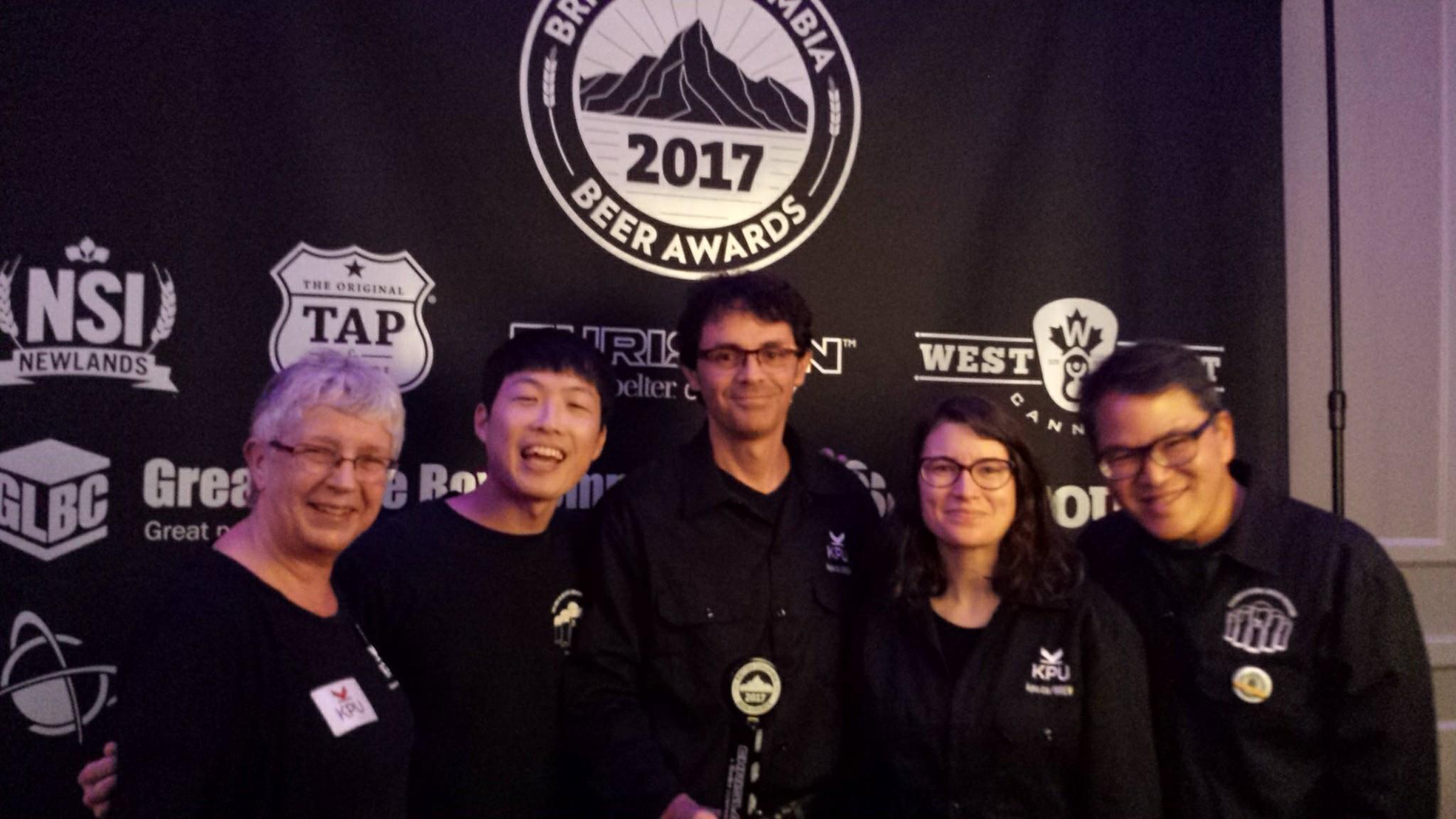 Kwantlen Polytechnic University (KPU) won bronze in the German wheat beer category with their Weissbier competing against 17 other entries at the 2017 BC Beer Awards on Saturday.

“We’re thrilled with our win at the BC Beer Awards,” said Egi. “It takes time to develop a quality product, and Martina and Brice really dedicated themselves to brewing a winning beer. It was a team effort and a reflection of the passion our instructors and students have for the art and science of brewing.”

This isn’t the first award for KPU brewing students and faculty this year – they also won gold and silver medals in the 2017 US Open College Beer Championships in May.

“We’re incredibly proud of our students, faculty and staff. The KPU brewing program is young compared to others around the world but we’re establishing a strong reputation as a top brewing school,” said Dr. Elizabeth Worobec, dean of KPU’s science and horticulture faculty, which oversees the brewing diploma program.

The BC Beer Awards recognize the very best of craft beer and ciders brewed in the province. Close to 900 entries were submitted from breweries across the province and awards were presented in more than 30 categories.

Numerous KPU brewing alumni who work at local breweries also celebrated their breweries’ wins at the BC Beer Awards collecting 18 medals including 8 gold. For a complete list of winner, visit bcbeerawards.com/winners-2017/.

The KPU Brewing and Brewery Operations Diploma is the first program in Canada to be recognized by the Master Brewers Association for a standard of excellence in brewing education. For more information on the program, visit kpu.ca/brew.

For a behind-the-scenes tour of KPU’s teaching brewery, the next open house and information session is taking place Oct. 26 from 6:30 to 8:30 p.m. at KPU’s Langley campus (20901 Langley Bypass). The Brewing Lab is located behind Best Western hotel, across the parking lot. The open house is free and open to the public, but registration is requested at kpu.ca/brew/open-house.

About Kwantlen Polytechnic University
Kwantlen Polytechnic University has served the Metro Vancouver region since 1981, and has opened doors to success for more than 200,000 learners. Four campuses—Richmond, Surrey, Cloverdale and Langley—offer a comprehensive range of sought-after programs in business, liberal arts, design, health, science and horticulture, trades and technology, and academic and career advancement. Over 19,000 students annually have a choice from over 120 programs, including bachelor’s degrees, associate degrees, diplomas, certificates, citations and apprenticeships. Learn more at kpu.ca.