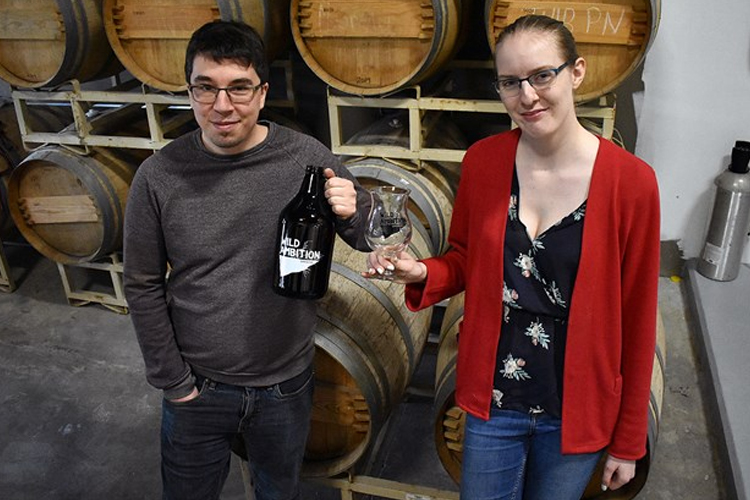 Kelowna’s craft beer scene continues to explode with the recent opening of Wild Ambition Brewing last week. We spoke with co-owners Theresa Cashen and Mitchel Kehoe about what they hope to bring to the increasingly crowded Okanagan craft beer market.

First off, congrats on opening! Tell me a bit about the process that led you to where you are now.

Theresa Cashen: Obviously, it’s been a long road to get from planning to opening. We started considering moving to Kelowna to open the brewery around late summer/early fall 2016. I grew up in Kelowna, but we were in Halifax, where [brewer/co-owner Mitchell Kehoe] is from, at the time. We made the move and started looking for a location for the brewery in March 2017. We had the spot at 1-3314 Appaloosa Road by August 2017 and finished all of the licensing, equipment setup, and renovations almost exactly one year later.