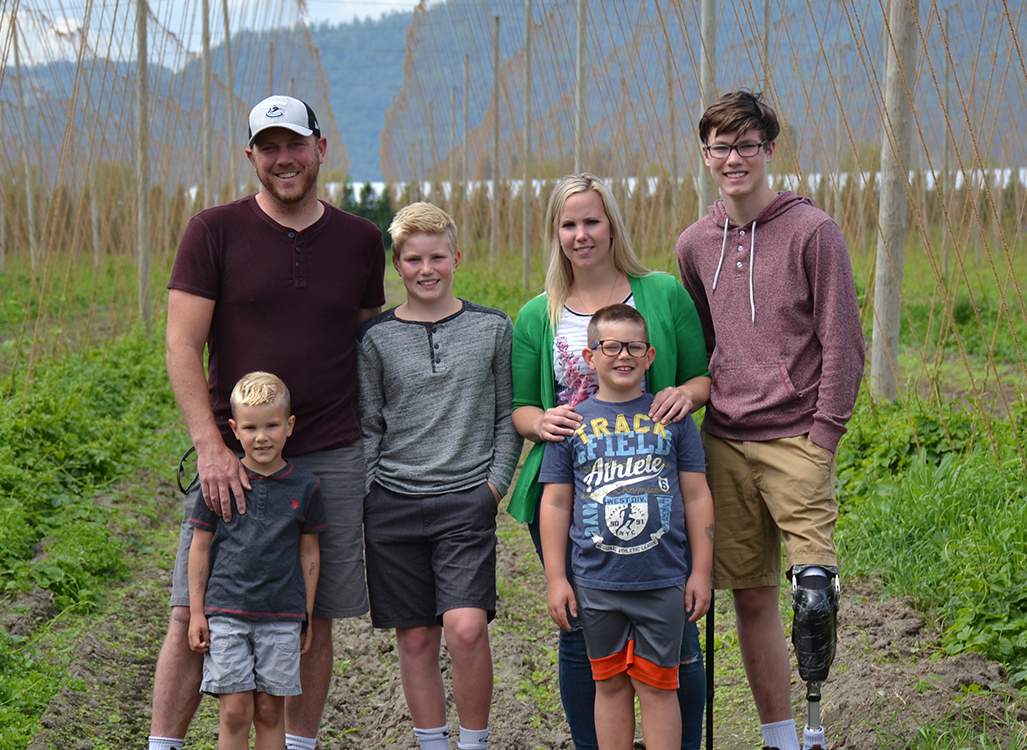 ABBOTSFORD – The vast difference between the farm they started in 2005 and what it’s become as Raymond and Tracey Bredenhof have expanded from broiler production to hops is testimony to not only their own efforts but the support of their community.

The couple, who have four children ages five to 15, began farming in 2005 with R&T Poultry. Hops were added into the mix in 2016, and today Bredenhof Hop Farms is one of the largest growers in the province, with 21 acres of its own and an equal amount with contract growers.

“That’s not really what we intended when we got into hops,” he says, modestly. “A few of the other farms have pulled out, and we’ve picked up a bit more acreage here and there. We’re really enjoying the industry.” The result is the award in this year’s BC/Yukon Outstanding Young Farmers Program, announced May 11.

2020 was the second year in a row the Bredenhofs were nominated for the Outstanding Young Farmers award, given to farmers aged 18 to 39. In 2019, Tracey and Ray were runners-up for the BC/Yukon award.

To be eligible for the award, applicants must be between 18 and 39 and derive most of their gross revenue from on-farm sources.

The Bredenhofs have now fully immersed themselves in the hop sector, processing and marketing their own hops and helping other farmers with their crops. Now, Raymond chairs the BC Hop Growers Association. Bredenhof is also an on-call firefighter, and both he and Tracey serve on various church and school committees.

He encourages other growers to get involved in their own industry organizations. “Get involved as much as you can,” he says. “It doesn’t always have to take a ton of time or a ton of resources. Sometimes it leads down a path you weren’t planning on, and that’s okay.”

– with files from Abbotsford News and Canada’s Outstanding Young Farmers.