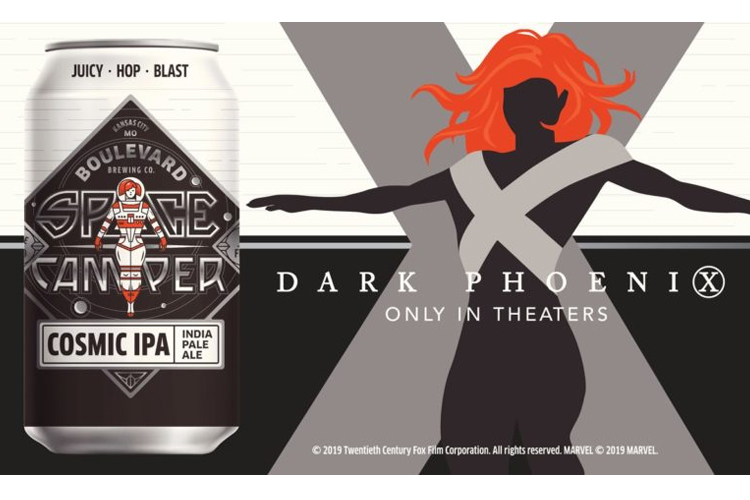 Boulevard Brewing has announced  a partnership with 20th Century Fox and its highly anticipated film Dark Phoenix, the 12th installment of the uber-popular X-Men series, the studio’s first collaboration with a craft brewer, and the Kansas City brewer’s first foray into Hollywood.

And as part of this alliance Space Camper Cosmic IPA Boulevard’s year-round beer has been named the official craft beer for the film which will debut nationwide in June.

Released in January 2019, Space Camper was inspired by Boulevard’s desire to offer drinkers an escape from the heavy-handed bitterness found in too many IPAs today…