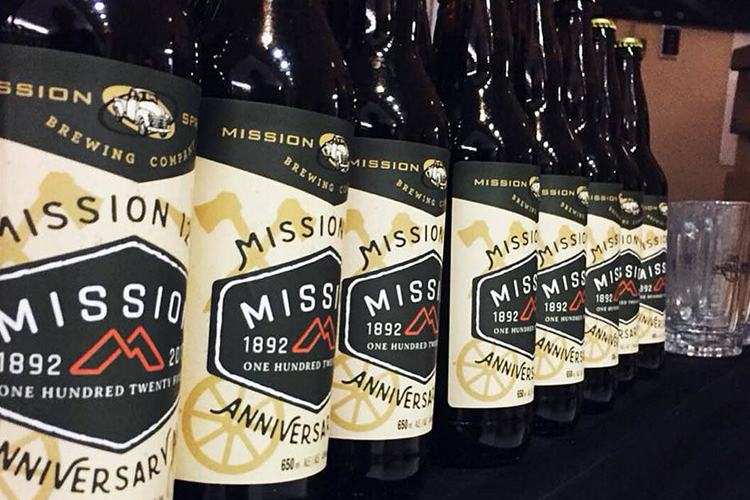 A special Mission 125th birthday beer is now available to the public.

Bottles are available for the public to purchase

The Mission Springs Brewing Company has created a special, limited edition batch of Mission 125 Anniversary Ale to commemorate the 125th Anniversary of the incorporation of the District of Mission.

“A request came to us from the Mission 125 Committee asking if we could brew a special batch of beer for the Palate to Palette event hosted by the District of Mission on Oct. 28,” explained Cory Cassel, social media and events manager for the Springs Group.

“The decision was made to brew a large batch that would not only be available at the event, but also on tap in our pubs and restaurants as well as in 650ml bottles at our retail stores.”