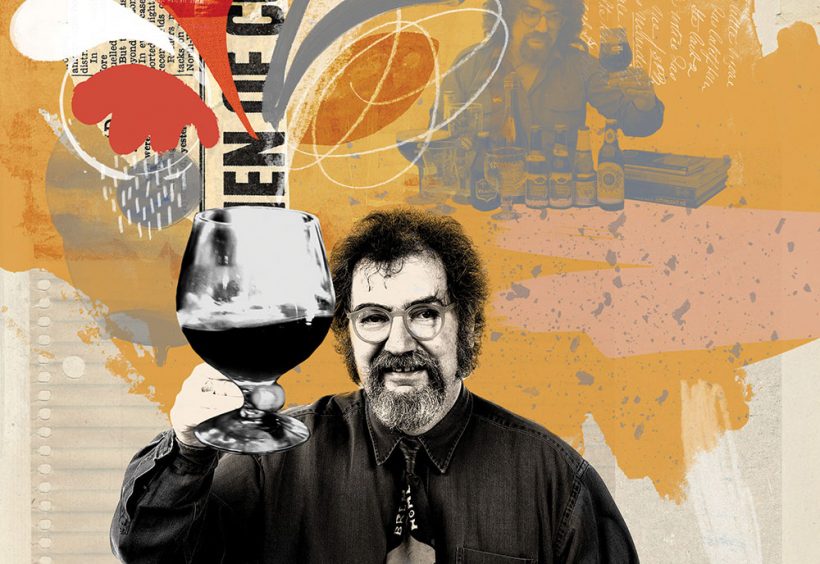 Legends of Great Men often include tales of prodigious behavior, signs of the genius yet to come. Mozart, for example, is said to have composed his first music at the age of 4. Michael Jackson’s life as a beer writer began with a similar feat: at the age of 16, the story goes, before he was even legally permitted to drink, he started writing about pubs for a newspaper in his native Yorkshire. Jackson himself was vague about exactly which publication he wrote for, perhaps anxious even 50 years on that he might get someone in trouble for sponsoring underage drinking. Some third parties name with apparent authority the Batley & Morley Gazette, but if you travel to Huddersfield and pay a visit to the local library hoping to read back issues, you will be disappointed: It doesn’t seem ever to have existed. And if a column entitled “This is Your Pub” appeared in the Huddersfield Weekly Examiner, the Batley Reporter, or any other likely outlet between 1958 and 1960, we were unable to track it down.

Michael James Jackson was born in Leeds in England’s industrial north in 1942. His mother was English through-and-through while his father was the son of Jewish immigrants from Eastern Europe. Jackson spent his childhood in Huddersfield, a grand but fading town between Leeds and Manchester, where he developed an interest in rugby and, as a teenager, drinking beer. He died 10 years ago, in 2007, at the age of 65, leaving peers and disciples bereft. Obituaries, reminiscences and tributes poured forth highlighting his contributions to a global craft brewing scene which arose in tandem with his career, and for which he is given much credit. He was a hero to many, a friend to others, and his 30-year pre-eminence is hard to deny. This makes it difficult to assess him critically or even objectively, but, a decade on from his passing, perhaps it’s time to try.

It is certainly true that he entered a career in journalism straight out of school, starting as a cub reporter on the Huddersfield Daily Examiner, before moving to Edinburgh, and then onward to London’s famous Fleet Street, home to all the biggest English newspapers at the time. He was an old-fashioned journeyman journalist who learned the craft by tramping the streets with notebook in hand, which equipped him perfectly for the less romantic but more lucrative world of trade journalism. He was involved in the establishment of KLM airline’s long-running magazine Holland Herald and also oversaw the creation of Campaign, a British magazine covering the advertising industry, even coming up with the attention-grabbing name. He worked in television, too, producing episodes of the gritty documentary series World in Action, including one in which he escorted the prudish pro-censorship campaigner Mary Whitehouse around free-and-easy Copenhagen. By the early 1970s, and still only in his early 30s, he had made a name for himself as much more than a mere reporter.