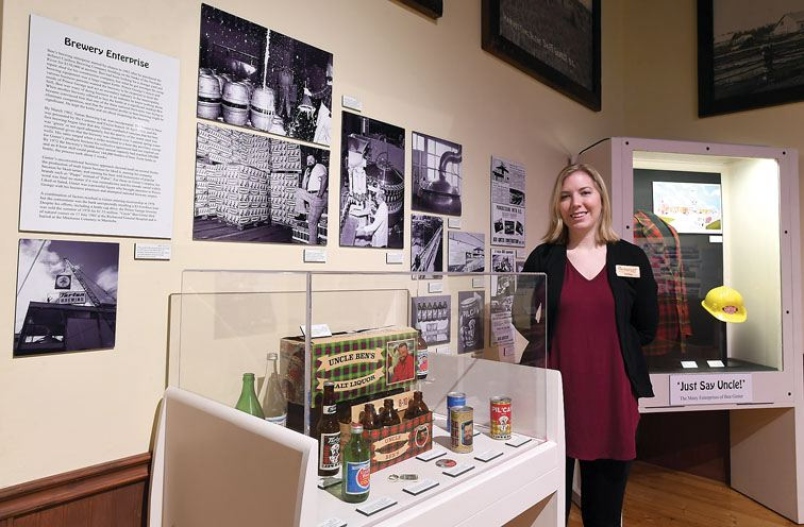 Exploration Place is hoisting a cold one to one of Canada’s kings of suds.

Ben Ginter made his fortune in the construction sector but he made his fame in the brewing industry. The company he founded, Pacific Western Brewery (PWB), is today considered by some to be the largest craft brewer in Canada, the oldest all-B.C. brewing company in the province (the Columbia Brewing Company dates back to 1898 but is owned by the Labatt consortium), and records seem to indicate it is second only to Moosehead of New Brunswick as the oldest active brewery in Canada not owned in some way by a non-Canadian beer corporation.

The archives and repositories of Exploration Place contained a number of references to Ginter, who founded PWB in 1957 on the site of an abandoned brew factory on the north shore of the Nechako River where the John Hart Bridge now crosses. He had every intention of bulldozing the site to make it a parking lot for his fleet of industrial vehicles, but something pushed his two most significant buttons: his sense of a good business deal and his sense of cantankerous fight.