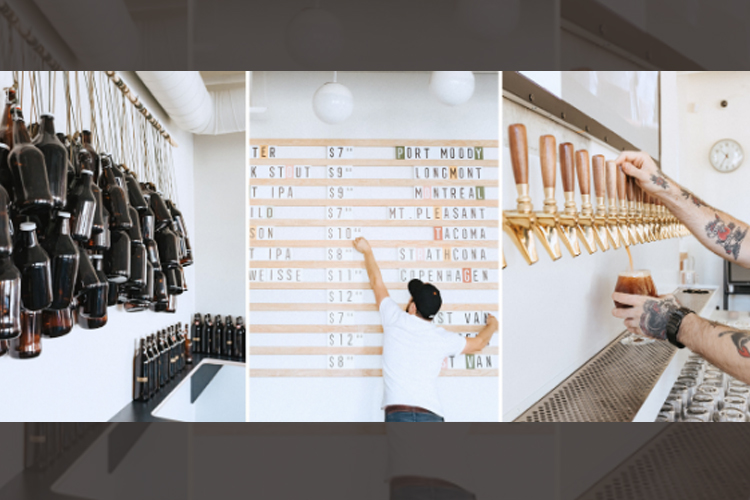 VANCOUVER, BC (June 13, 2019) — Bells and Whistles will give it up for the Great White North in the coming month by cheering on Team Canada at the FIFA Women’s World Cup of Soccer, screening a classic Canadian movie on Canada Day long weekend and spotlighting some of the country’s best breweries during an all-day Farmhouse Fest Tap Takeover.

The upcoming action at the Fraserhood hangout includes the following:

Bells and Whistles will usher in the Canada Day long weekend by showing the John Candy classic Canadian Bacon as part of its ongoing Sunday Night Movie Serieson June 30 at 9 p.m. Guests can take advantage of late happy hour specials from 10 p.m. to close that include $7 Negronis, $5.50 draught beer, $5 classic hot dogs and $7 chili cheese dogs and Chicago dogs.

The restaurant’s Sunday Night Movie Series continues throughout the summer with big-screen, surround-sound showings of Talladega Nights on July 7, Three Ninjas on July 14, Days of Thunder on July 21, Beverly Hills Cop on July 28, The Goonies on August 4 and Tommy Boy on August 11.

Soccer fans can cheer on Team Canada as it aims to build on its 1-0 start at the 2019 FIFA Women’s World Cup when Bells and Whistles shows Canada’s second group stage match against New Zealand on Saturday, June 15 at noon. Bells and Whistles will showcase the full slate of World Cup games on the big screen during regular hours of operation including the round of 16 (June 22-25), quarterfinals (June 27-29), semifinals (July 2 and 3) and 3rd place/championship final matches on Sunday, July 7.