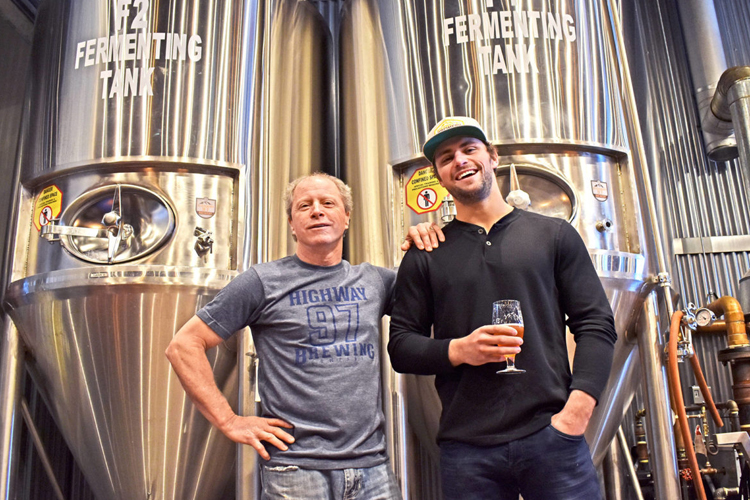 Photo: John and Nick Kapusty, owners of Highway 97 Brewery, are getting ready to ramp up productions with the purchase of two new fermentation tanks. The two gave Western News a peek ‘Behind the Label’ to see what they have brewing for Okanagan Fest of Ale and what else they have planned for the Penticton brewery. (Jordyn Thomson – Western News)

Can you imagine working with your parent and/or child day in and day out? John and Nick Kapusty of Highway 97 Brewery can and do, but in all fairness they seem to actually enjoy it.

The father-son team like to have fun with their work of creating new brews for beer lovers to enjoy, and they gave the Western News a peek ‘Behind the Label’ to prove it. John noted that it’s nice to have someone younger like his son helping to manage the brewery to offer a different perspective.