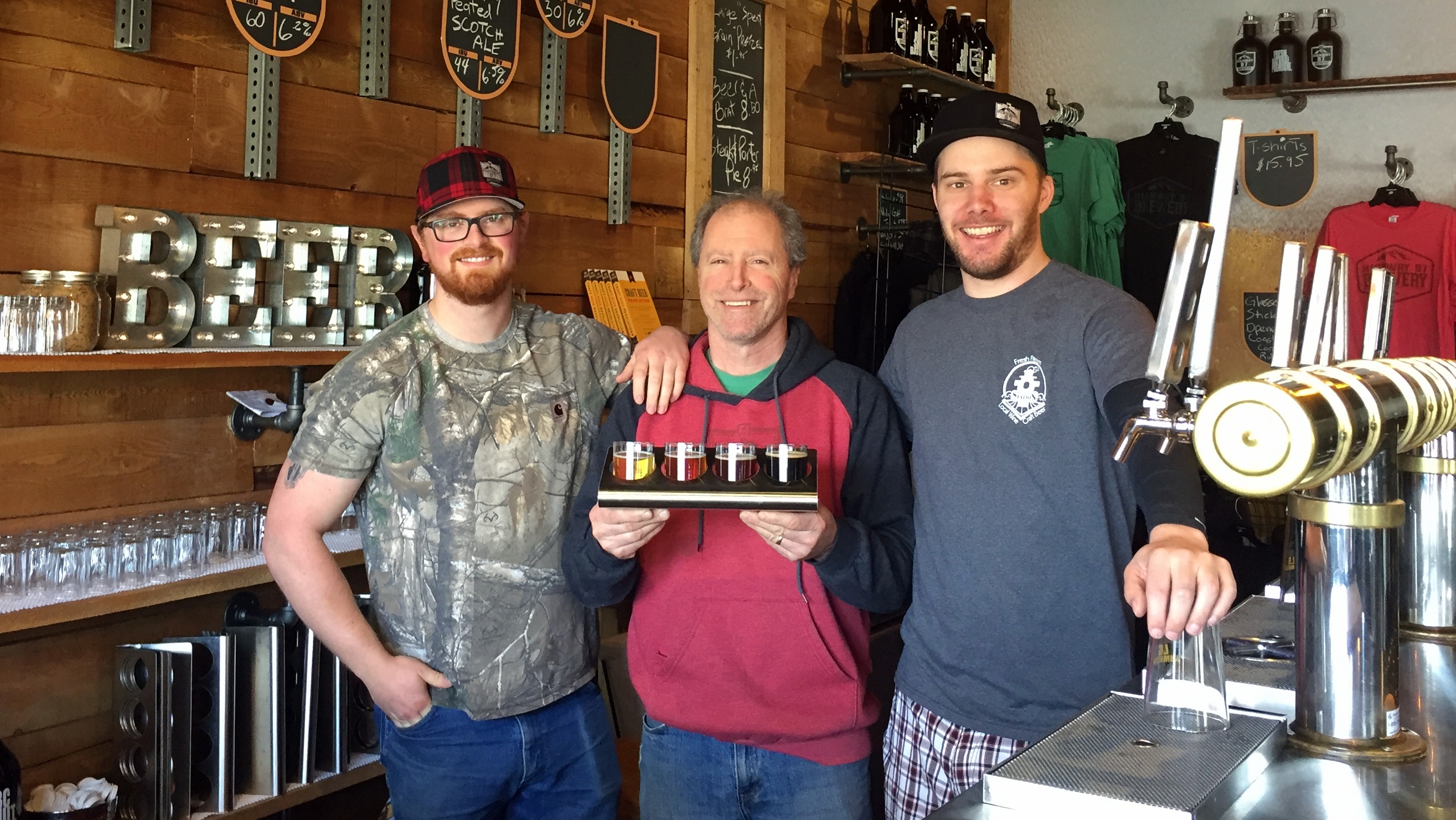 While spring has been a bit elusive this year in the South Okanagan, the craft beer scene is blossoming at record high rates. In April, we celebrated the 22nd Annual Okanagan Fest of Ale with a record 65 breweries and cideries in attendance, and over 5,000 attendees from the Okanagan, around the province and beyond.

We warmly welcomed the opening of two new breweries in the South Okanagan: Detonate Brewing, situated in beautiful Summerland, just a few minutes north of Penticton, and Highway 97 Brewery, located in Penticton.

Detonate Brewing is Summerland’s first brewery. They opened in February. They are surrounded by wineries and cideries and have already become a key part of Summerland’s community. Since opening, they’ve already expanded their beer offerings and are now producing 650ml bottles. They’re open from 2-7pm, Thursday through Sunday. Try their Citra Station Pale Ale, which predominantly features Citra hops, as the perfect Summerland summer seasonal.

Highway 97 Brewery (seen in main photo above) is Penticton’s 5th brewery. They opened in March, and are situated… wait for it…. on Highway 97! They are in the former location of Tin Whistle Brewing, which moved last year into the Cannery Trade Centre, taking over the space vacated by Cannery Brewing when they moved downtown into their new brewery. Highway 97 is now open 7 days a week for the summer season from 11am-9pm. They are easy-walking distance from the Penticton Ramada, Coast Penticton, the South Okanagan Events Centre, the Penticton Golf & Country Club and the new Cascades Casino Penticton. They are launching two summer beers, an Apricot Hefeweizen, which will be released on June 21st for Summer Solstice, and Okanagan Summer Weiss for the Canada Day long weekend.

Cannery Brewing has two delicious summer offerings. Hop Chowdah is a hazy new England IPA that is juicy and soft with polished bitterness. This limited release features citrus and tropical fruit flavours from the Amarillo and Mosaic hops. It is available in 4x355ml cans and on tap. The Drupaceous Apricot Wheat Ale is also back for the summer! This Canadian Wheat Ale has notes of citrus and stone fruit. The brewers added apricots after fermentation to give this beer an Okanagan twist. It’s available now in 650ml bottles, 6x355ml cans, and on tap.

Penticton’s Tin Whistle Brewing has a limited release Summertime Coconut Hopfenweisse coming for summer. With a predominately Mosaic hop profile, this unfiltered wheat ale has tropical, bright, hoppy notes with coconut and banana on the finish. It’s available in 650ml bottles in private liquor stores in BC and in draft.

Head down south to Oliver where the folks from Firehall Brewery are getting ready for their summer Back Alley Concert Series. They’ve got music events lined up on June 10th, July 15th and August 12th. Bring a picnic meal and enjoy a craft beer from Firehall or local wine or spirits while checking out the art of a different featured artist for each music night. Be sure to give their 2nd Table Beer Series offering a try. This barrel-aged sparkling ale is available in 650ml bottles for a limited time.

If you are reading this before June 3rd, grab your running shoes and get here for Penticton’s first annual KVS Pub Beer Run. Organized by Hoodoo Adventures, this 10K fun run will start at Naramata’s Square One Hop Growers and will take runners and walkers alike along the Kettle Valley Rail Trail with beverage stops along the way featuring tastings from all five of Penticton’s breweries. The run will end with a party, costume judging and swag bag pick-up at the Kettle Valley Station Pub. Register today at pentictonbeerrun.com.

To find out more about the South Okanagan craft beer scene, join the CAMRA SO crew at their next meeting on June 21st at Highway 97 Brewery for a tasting, tour, education and mingling with other craft beer lovers.