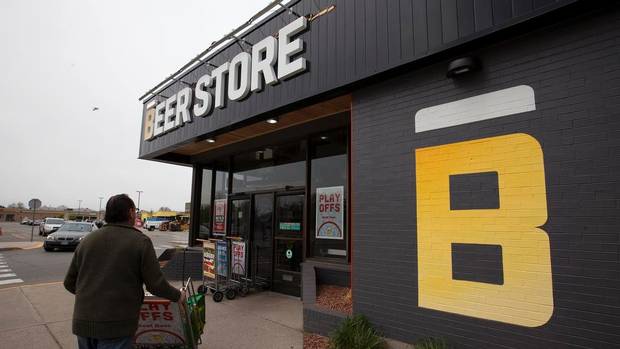 Originally founded in 1927 as Brewers Retail, The Beer Store has been well known in the Canadian liquor industry during its long history as a massive monopolistic retail apparatus regulated by the Government of Ontario but controlled by Big Beer.

In December, we reported that Ontario is allowing beer sales at grocery retail in a pilot program that includes craft. Now, word comes that ownership of the retail chain includes 25 Ontario-based brewers, at least one of which can be classified as craft. Their website states:

The Beer Store announced in early 2015 that it would be opening its ownership to all Ontario-based brewers, large and small, and offering small Ontario brewers two free listings at five stores proximate to their brewery. Since those changes were announced, several Ontario brewers expressed interest in becoming owners of the Beer Store. Many small brewers moved ahead with free listings at stores proximate to their brewery.
http://www.thebeerstore.ca/ownership-governance/open-ownership

Previously, the Beer Store had three owners: Molson, Labatt and Sleemans. All three companies are owned by larger conglomerates that are not Canadian-based and critics said they had a virtual monopoly over the market.

As of Friday March 4th, the CBC reported that there are four local breweries that are now considered co-owners:

Jane Southgate of Grand River Brewing says, “It’s all a step in the right direction, but it’s a baby step.”

The smaller brewers who became co-owners have one director and will be represented by Frank Heaps of Steam Whistle Brewing in Toronto.

The call for further intake of Beer Store ownership applications seems to be open.