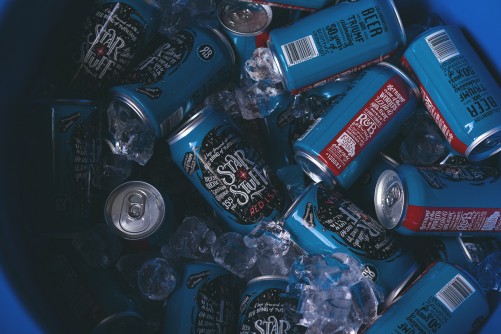 Newswise — Vancouver, BC — Strap in for the launch of a unique collaboration between two Vancouver originals.

The collaboration’s result is Star Stuff Red ISA, a well-balanced Red Indian Session Ale hopped with Azacca, El Dorado and Denali hops, and a big bang of tropical flavours. Star Stuff debuted last night at #discoverTHIS with TRIUMF and R&B, an evening of discovery, celebration, and conversation hosted by journalist and broadcaster Paolo Pietropaolo at MakerLabs. The event, which is part of TRIUMF’s yearlong anniversary programming, featured a first taste of this stellar anniversary brew and a discussion on the intriguing parallels between science and beer making.

“As Carl Sagan famously said, ‘We are made of star stuff.’ And beer, of course, is too,” said Jonathan Bagger, TRIUMF’s Director. “The science-savvy beer makers at R&B have done an exceptional job of capturing the essence of star stuff and the TRIUMF spirit in this special brew.”