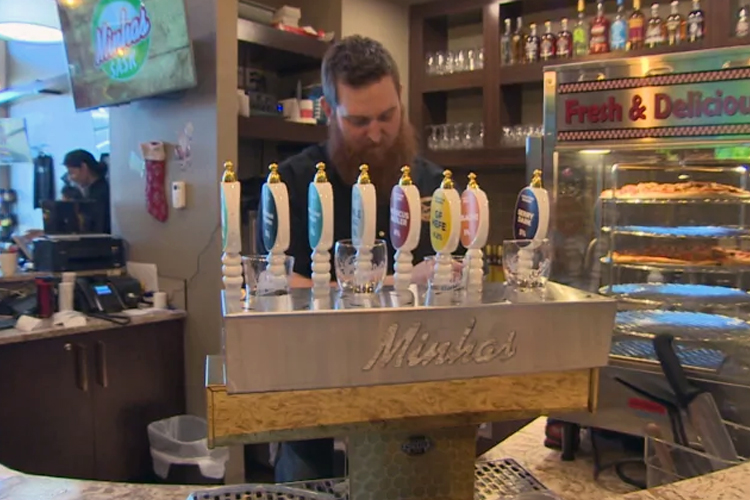 Above picture: Minhas Saskatchewan Distillery, Winery and Brewery was briefly selling Rebellion Brewing beer. However, the tap handle was not labelled as Rebellion, stoking anger from the Regina craft brewing business. (CBC News)

Regina’s Minhas brewery is accused of selling somebody else’s beer and it’s causing a stir in the local craft beer industry.

Rebellion Brewing owner Mark Heise says the Minhas Sask brewery in the Queen City has been selling his craft beer as its own.

He says he received an anonymous tip about it during the Wednesday lunch hour.

He says he knew he had not sold the keg to Minhas, and his business acted quickly to retrieve its suds.