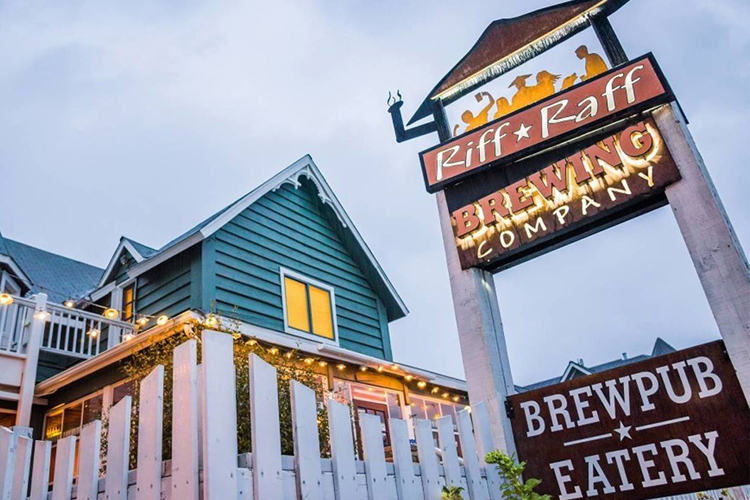 In 1994, Fredericksburg Brewing Company in Fredericksburg, Texas, coined the term “bed & brew” at its downtown brewpub where guests receive a pint on the house before retiring upstairs. To date, that bed & brew concept is gaining popularity – and beer lovers across the country can rest assured that there is malted barley fermenting in adjacent rooms.

Whether you’re on beercation or traveling for work – and even if you’re sleeping in a bunk or a tent – there’s a beer hotel for you. Here are more than 20 breweries that provide pillows after their pints.

A Bed with Your Craft Beer

Fredericksburg Brewing is among a number of hotels and lodges where beer is also brewed across the country. In addition to its Edgefield, Oregon, location, McMenamins brews beer at several historic hotel locations, including the Old St. Francis School Hotel in Bend and the Kennedy School Hotel in Portland.

Another immersive beer-and-lodging experience awaits you at the utopian Blackberry Farm in Walland, Tennessee. The brewery is just one feature of the resort in Tennessee’s Smoky Mountains, which boasts an award-winning executive chef, a world-class wine cellar, spa treatments, paddle sports, fly fishing, horseback riding, archery and more. Here, guests can enjoy award-winning beers made by Head Brewer Daniel Heisler in a small dairy barn that used to be used for sheep milking.