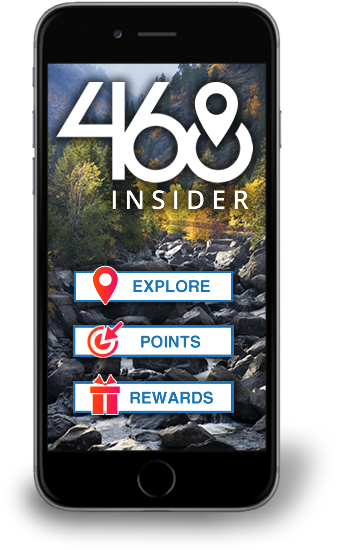 Kelowna, BC – June 11, 2018 – Today, at the annual BC Economic Summit, the BC Craft Brewers Guild announced it will launch a free mobile app that rewards users for exploring BC’s Ale Trails. The app, built using the 468 Insider platform provided by the British Columbia Economic Development Association (BCEDA), will let users collect points when they visit breweries and points of interest within the province’s 15 Ale Trails. Users will be able to redeem those points for rewards at local businesses.

“British Columbia’s brewers are known for their innovation, and this app is the latest example of that,” said Ken Beattie, Executive Director of the BC Crafter Brewers Association. “The BC Ale Trail app will not only guide people through the Ale Trails, it will reward them for exploring.  Creating this incentive for adventure is good for visitors, breweries and local businesses across the province.”

The BC Ale Trail app will be both a wayfinding tool and a gamified way to reward beer enthusiasts for exploration. The app’s Explore button will take users to the map of BC’s 15 Ale Trails, with pins indicating the location of breweries, lodging, outdoor recreation and other ways to experience the province’s natural beauty. Users can collect points while physically visiting a location. Points accumulated with the app can be redeemed for goods or services at any of the Rewards locations listed in the app.

The BC Ale Trail app will be available as a free download later this summer from the App Store and Google Play.

About The BC Ale Trail
The BC Ale Trail was created by a dedicated team of craft beer allies to connect British Columbia’s world-class brewing scene with tourism organizations across the province. The goal is to showcase BC’s delicious craft beer, inspiring geography and potential for adventure with beer enthusiasts across our province, region and the rest of the globe. For more information visit bcaletrail.ca.

About BCEDA
The British Columbia Economic Development Association of (BCEDA) is the leading professional association of economic development practitioners in the Province of BC. The BCEDA currently has over 360 members from communities throughout the Province. The BCEDA provides services that helps member communities grow and expand new and existing businesses, attract new business investments, and work towards strategic infrastructure investment, land use planning, and community enhancement.  BCEDA has been a leader in Canada in providing tools and resources for communities, including business retention, disaster recovery, networking opportunities and more.

About 468 Insider
Available from BCEDA and 468 Communications, 468 Insider is a customizable mobile app that drives visitor engagement and commerce for communities by rewarding users for visiting places. Communities can easily customize the look and feel, locations and content in their own, branded apps. An online control panel provides valuable data including the popularity of individual destinations, periods of peak activity, and what part of the world visitors are from. For more information visit 468insider.com.