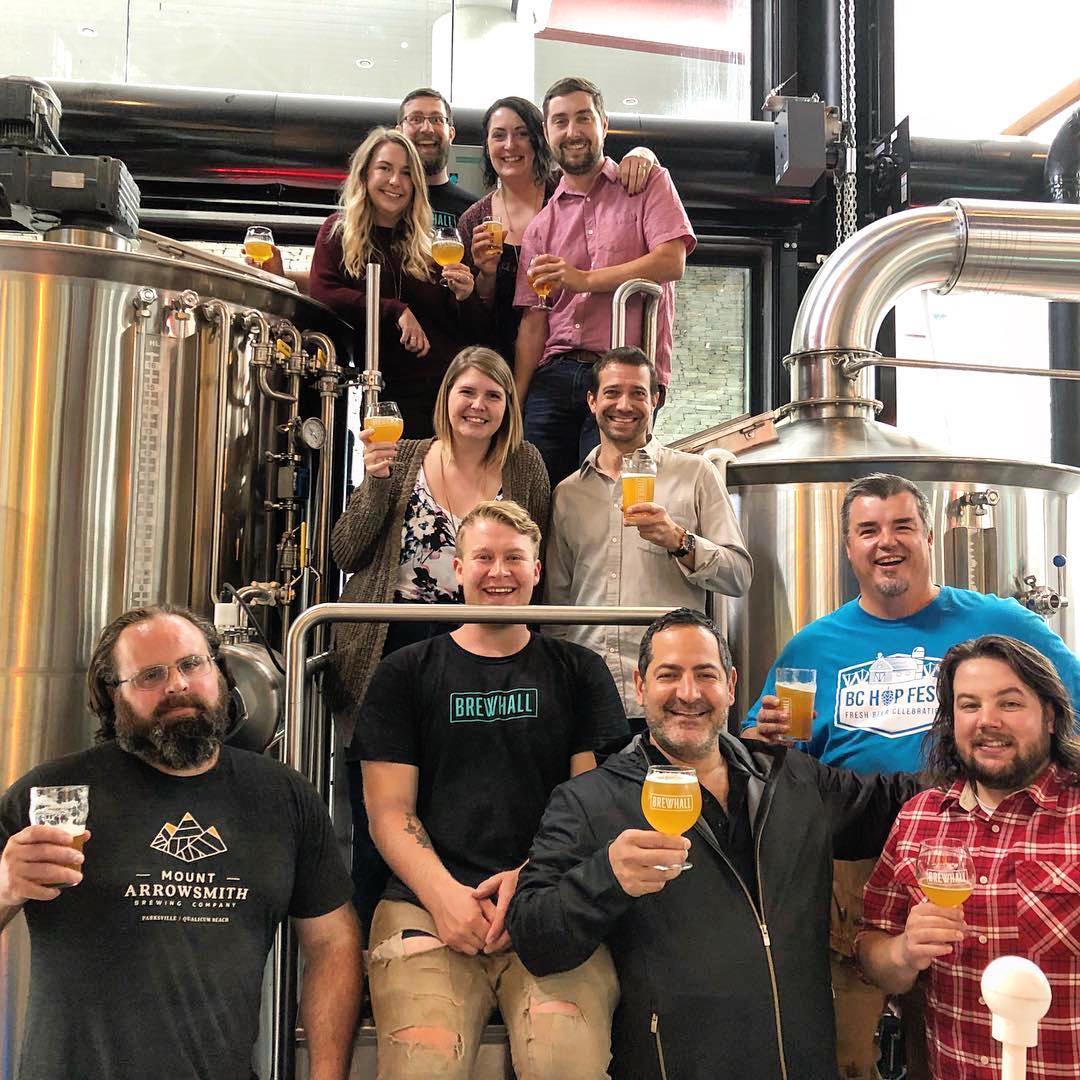 Vancouver, BC — BC Beer Awards’ 2017 winner of Brewery of the Year, Mount Arrowsmith Brewing (Parksville), and Rookie of the Year, Backcountry Brewing (Squamish) worked with a collaboration-focused brewpub, BREWHALL (Vancouver), to create a fresh-hopped Kölsch, the official beer of the 2018 BC Beer Awards. The proceeds of this beer will be allocated to a newly established grant for students enrolled in Simon Fraser University’s Craft Beer and Brewing Essentials Program, aptly named “The BC Beer Awards Starter Kit.” In keeping with the collaborative spirit behind the making of this beer, we’ve named this beer “Group Project”.

Group Project was brewed with German malts provided by Brewers Supply Group and fresh Lumberjack hops, generously donated by BC Hop Company, picked at their farm just hours before brewing. These hops have notes of resin and citrus fruit along with a clean bitterness and floral aroma. Dieter, a traditional German Kölsch strain of yeast provided by Imperial Yeast, will build on the fresh lumberjack hops and malt backbone to create a refreshing and clean Kölsch-style beer, which sits at 5% ABV and 23 IBU. Releasing next week, this beer will be on tap at the 2018 BC Beer Awards, Mount Arrowsmith Brewing, Backcountry Brewing, and BREWHALL. A select few taphouses around Vancouver will also be pouring Group Project, more information below.

In partnership with Simon Fraser University’s Craft Brewing Essentials Program, the proceeds of the collaboration beer will go towards a new grant that the BC Beer Awards & Festival has created. The grant, titled “The BC Beer Awards Starter Kit” will see that a new or continuing student enrolled in the Craft Beer and Brewing Essentials program will receive $3000 towards their tuition. The BC Beer Awards recognizes the hard work and passion that their peers in the beer industry demonstrate day to day, and want to provide an opportunity for a deserving student to be involved in this community.

BC Beer Awards would like to thank the following organizations for their support: BC Hop Co, Imperial Organic Yeast, Direct Tap, BREWHALL, and Brewers Supply Group. 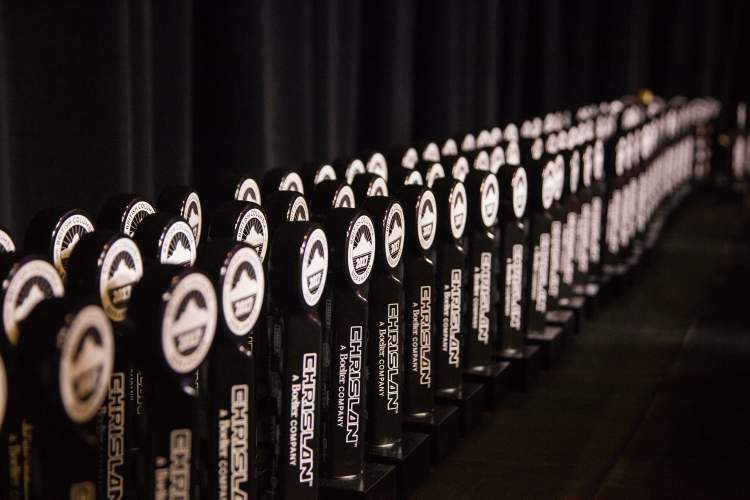 BC Beer Awards, The Full Story:

The BC Beer Awards & Festival (BCBA) has become one of the most anticipated awards ceremonies and beer tasting festivals in the Lower Mainland. We will be returning to the Croatian Cultural Centre (3250 Commercial Drive, Vancouver) again this year.

Last year’s BC Beer Awards judging drew over 850 unique entries from over 90 BC breweries and brewpubs, with winners selected in 30 distinct categories. This year we received 1085 entries from 113 BC breweries. All judges were either BJCP or Cicerone Certified or professional brewers. The BC Beer Awards adheres to standards set by the Internationally recognized Beer Judging Certification Program (BJCP).

The mandate of the BC Beer Awards is to reward excellent beers even if not brewed exactly to strict style guidelines. Secondary, is ensuring that every beer brewed in BC can be entered regardless of whether it fits in a style or not. Craft Brewers across the province are well-known for their innovation and creativity, something that the BCBA organizers are keen to help celebrate. With 20+ new breweries opened in BC in 2017 and more to come in 2018, we’re well over 150 craft breweries in BC now!