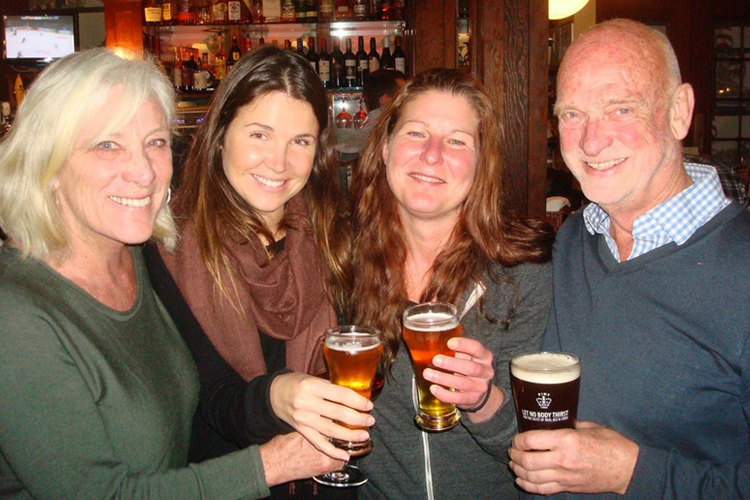 In this second feature in the Hops Among Friends series, we talk to a leader and early builder of BC’s dynamic craft beer industry.

Paul Hadfield is the owner/publican of Spinnakers Gastro Brewpub & Guesthouses in Victoria, Canada’s oldest existing microbrewery and brewpub, which opened in 1984.

Spinnakers now also has an artisan vinegar brewery, it produces its own sparkling mineral water and chocolate, and has an on-site bakery and guest accommodation. It’s a must-visit stop on the Victoria Ale Trail.

I was honoured to have the opportunity to speak to Paul and hear about his 35 years in the BC craft beer industry.

How did you get into the craft brewing industry?

PH: My background is as an architect. We had a house by Jericho Beach and an office above the public market at Granville Island. We had a cabin overlooking Green Lake at Whistler. Life was awesome. And then after some governmental changes and new regulations, the housing market crashed and we lost all of our work overnight. So it was time to start thinking about what was next.

At the time [in 1982], we were aware of what they were doing at Troller Pub. John Mitchell was a partner in the Troller Pub, BC’s first brewpub in Horseshoe Bay. John had long wanted to brew beers with flavour and when given the nod to proceed by government, he sought assistance from Frank Appleton, who helped John put together the Horseshoe Bay brewery.

John soon realized the challenges in terms of equipment, consistency, etc. and recognized that they needed to find a better way of doing things, which took him to the UK in search of equipment.

Filed under: BC Craft Beer Profiles, Beer In The News, Columnists & Editorials, People of Beer
Tagged under: Paul Hadfield, Spinnakers, The BC Ale Trail, Victoria