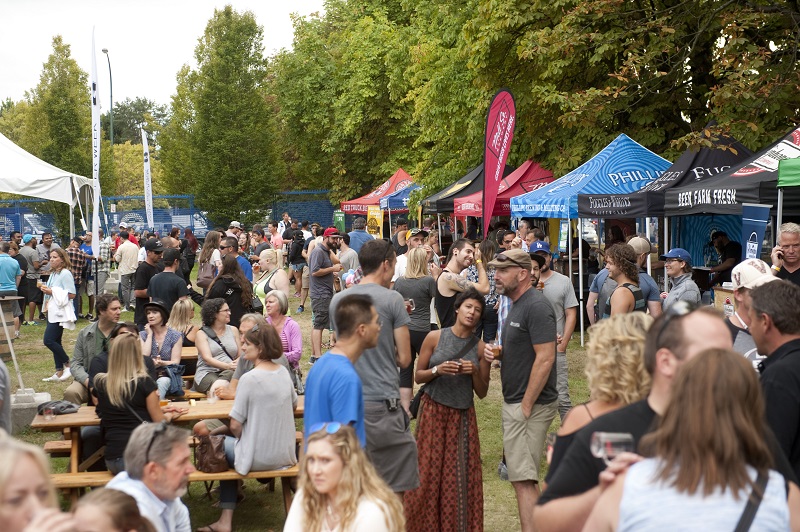 Craft beer has come to the PNE
The BC Ale Trail participates in the 107th annual Pacific National Exhibition
https://bcaletrail.ca

Aug. 31, 2017, Vancouver, BC – Summer may be drawing to a close, but British Columbians and visitors alike will be celebrating at the PNE, where exciting food and rides, plus special new “Canada 150” attractions are happening for this year only, including one you can’t miss – Craft Beer Fest at the Fair.

The Pacific National Exhibition (PNE) has been a summertime draw for over a hundred years. Featuring nearly 30 craft breweries and local wineries, the fair and festival will join two traditions: summertime at the PNE, and Canada’s ever-evolving craft beer scene. Craft Beer Fest is giving the Fair new draw for adult attendees, maintaining its status as a go-to destination for fun enthusiasts everywhere.

“Craft beer lovers have lots of reasons to be excited,” says Joe Wiebe, content director for the BC Ale Trail and author of Craft Beer Revolution: The Insider’s Guide to BC Breweries. “The kind of food options available to visitors and beer-drinkers at the Fair will pair well with the mix we are offering and tickets are affordable, which means more people can sample the unique and complex drafts these local brewers are creating.”

Open daily until September 4, 2017, fair goers can sample the diverse drafts and wines being crafted on the Lower Mainland’s back porch. This year’s line-up includes:

If the festival is just one stop along your BC Ale Trail adventure, there are other breweries nearby to visit same-day. On the North Shore, drop by Hearthstone Brewery, Black Kettle Brewing, Bridge Brewing Company, Green Leaf Brewing Co., and Deep Cove Brewers and Distillers. If you’re hanging around East Vancouver instead, Strange Fellows Brewing, Parallel 49 Brewing Company, and Strathcona Beer Co. are just a few of the many craft breweries located in and around the Commercial Drive neighbourhood. In Mount Pleasant, try Main Street Brewing Co., Brassneck Brewing, Big Rock Brewery, and Red Truck Beer Company. If instead you head to Gastown, Postmark Brewing, Powell Street Craft Brewery, and Steamworks Brewpub have you covered. Yaletown Brewing Co. is another can’t-miss option when you’re touring around downtown Vancouver. Wherever you go, arrive thirsty and leave inspired.

Craft Beer Fest is a 19+ event. 2 pieces of ID will be required for entry. Tickets are available on-site and online. For more information visit https://www.pne.ca/event/craft-beer-fest-fair/2017-08-29/.

About the BC Ale Trail
In partnership with Destination British Columbia and the BC Craft Brewers Guild, the BC Ale Trail emphasizes how a visit to or around British Columbia is enhanced with a pint of craft beer culture. With an increasing preference for local craft beer in BC and growth of artisanal beer in North America, the BC Ale trail embraces the “buy local” movement, helps showcase independent breweries, and connects visitors with the unique culture at the heart of communities all over the province.