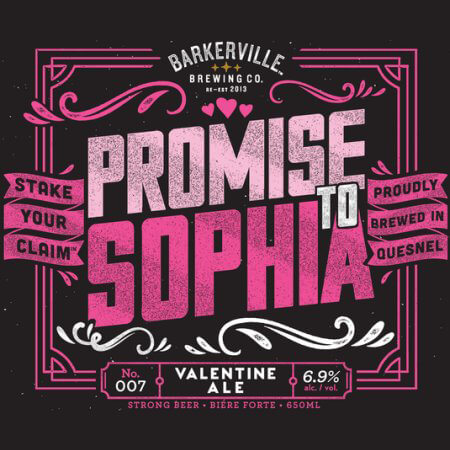 Barkerville Brewing has announced the return of a seasonal ale that celebrates both the anniversary of the brewery and the romance of Valentine’s Day.
Promise to Sophia Valentine Ale is a 6.9% abv milk stout flavoured with vanilla and anise. And as with all Barkerville beers, it has a name and back-story influenced by the history of the area – in this case, “the achingly tragic yet romantic tale of Sophia Cameron and her husband’s pledge to ensure she was buried at home in Ontario should she fall victim to the hardships of the Cariboo gold rush.”
Promise to Sophia is available now in 650 ml bottles at private liquor stores throughout British Columbia.