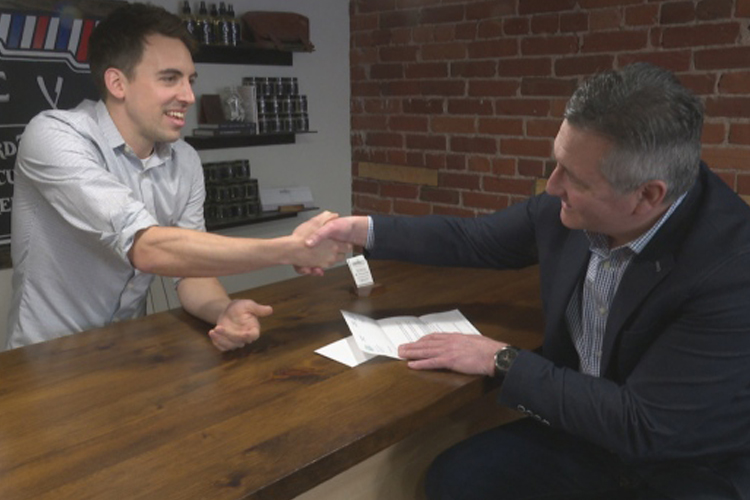 P.E.I. Finance Minister Heath MacDonald congratulates Humble Barber owner Sean Aylward on the news that he will be allowed to apply for a liquor licence. (Brian Higgins/CBC). Photo credit: www.cbc.ca

The Humble Barber was thirsty for a liquor licence, so P.E.I.’s finance minister dropped in to talk shop

Islanders will soon be able have a beer while they get their hair cut at P.E.I.’s Humble Barber. The shop received word Monday that after three years of lobbying, it will be allowed to apply for a liquor licence to serve alcohol to customers.

“You are presenting, here, an experience and I think going forward this is going to be an inclusive experience along with a liquor licence,” MacDonald told Aylward.

“As a former economic development minister I’m certainly here to eliminate as many impediments as possible. So, congratulations!” MacDonald said, shaking Aylward’s hand.