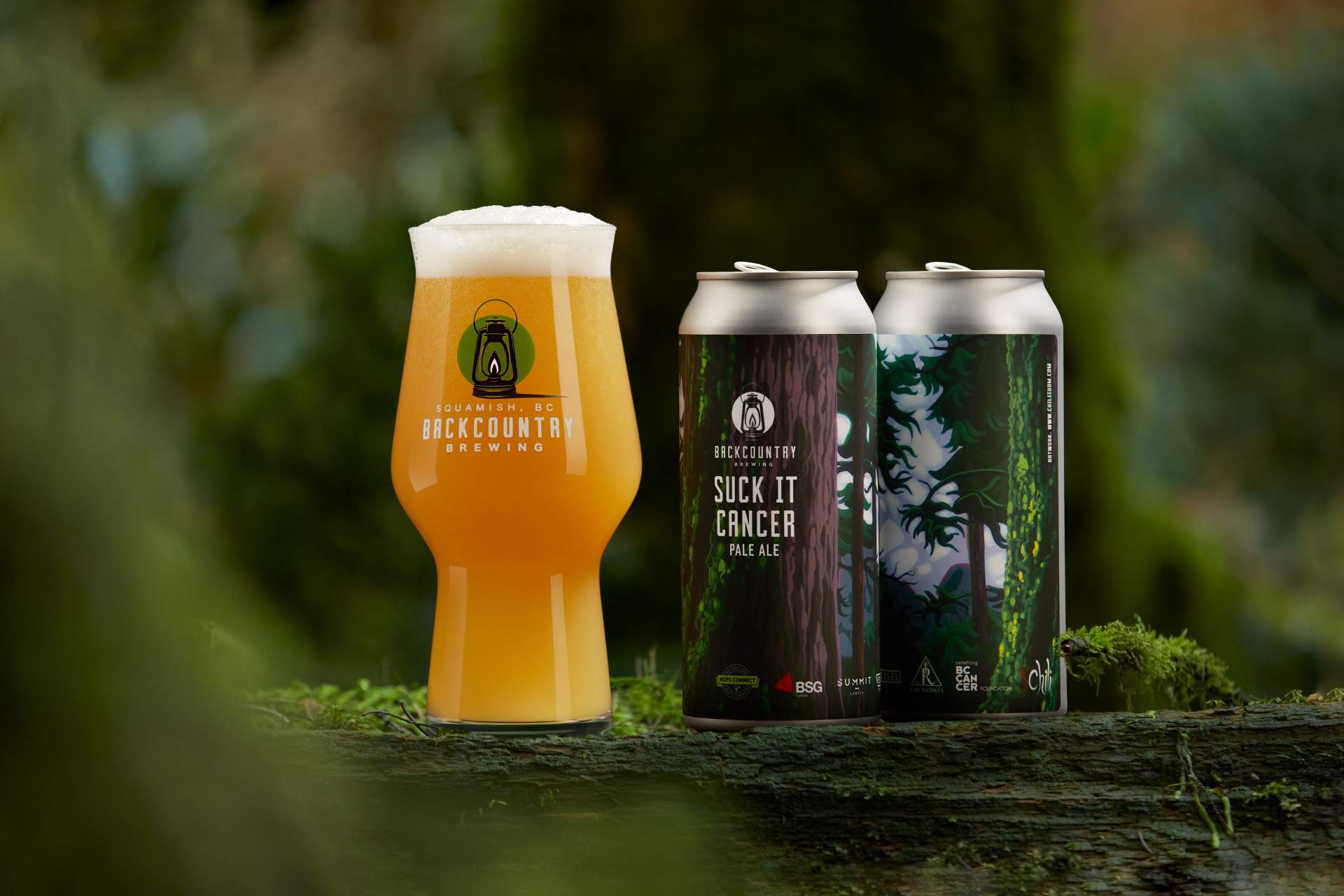 It’s been one of the weirdest years on record but at Backcountry Brewing we know we can always count on our community to come together for a good cause, and a tasty beer.

Since early last November, proceeds from the 2020 “Suck It Cancer” Pale Ale raised $15,000 to donate to the BC Cancer Foundation. The special release featured a can design collaboration with the estate of Chili Thom, a local artist who succumbed to cancer in 2016. 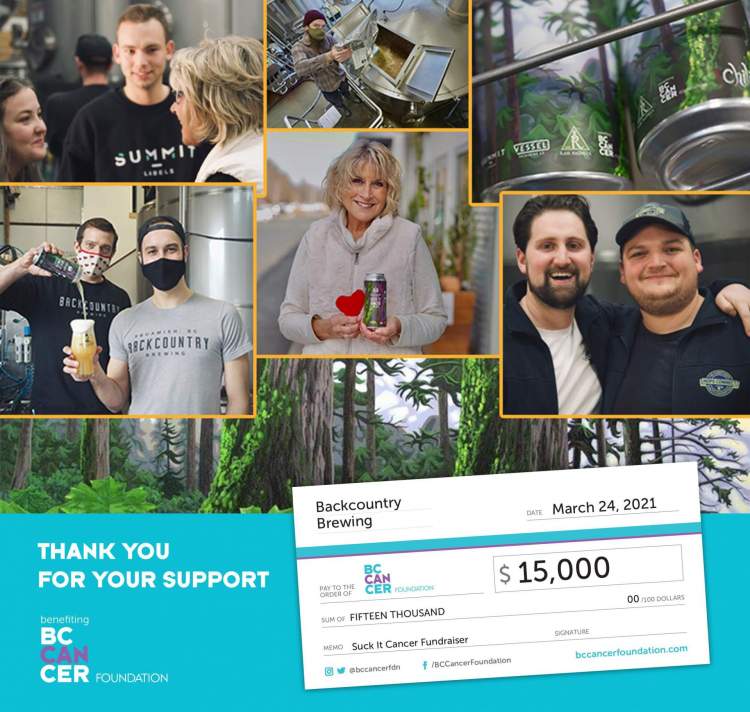 “It’s been a real treat to see BC beer drinkers step up and show such overwhelming support again even during this crazy, uncertain year,” says Ben Reeder, Marketing Director at Backcountry Brewing. “Almost everyone has been affected by or witnessed the tragic effects of cancer, and Chili was a local hero in the Sea to Sky so it’s really special to see people rally behind this beer and his beautiful artwork on the label. It shows that helping find a cure for this terrible disease is a priority regardless of what else the world throws at us.”

Backcountry brewed 15,000 litres of the “Suck It Cancer” Pale Ale, which was available in cans and kegs across the province. The beer is sold out at the brewery but Reeder says there is still one store holding a few cans for anyone who missed out.

“Backcountry Brewing and the loyal craft beer community have knocked it out of the park for the cancer community once again! Thanks to the success of Suck It Cancer we can drive forward world-leading research and bring new hope to British Columbians facing cancer,” says Sarah Roth, President & CEO, BC Cancer Foundation.

Backcountry Brewing and the Chili Thom family both say they intend to keep this train rolling with a new can and beer for 2021.

Born and raised adventuring in the British Columbia backcountry, Chili Thom was one of Canada’s premier landscape painters and completed over 400 works before being taken by cancer in 2016. His paintings are known for capturing the essence of time spent in the wilderness. “I don’t want to paint a single moment,” Chili said, “I want to capture the experience, the passage of time of watching the sun sink behind a ridge or a wave crashing onto the shore.” Chili’s estate continues to see artwork for his young daughter. Chilithom.com

Backcountry brewing opened its doors in the mountain town of Squamish BC on April 1st, 2017 with a team of 5 owners, each bringing a specific skill set that was integral to the brewery’s success. Shortly after opening, Backcountry was recognized by the BC Beer Awards as the “Best Rookie Brewery” and has since expanded production to fill the demand for its beer across the province.

While maintaining a constantly rotating variety of beer styles in the 50-seat tap room, head brewer John Folinsbee’s mainstays are hop-forward beers, including New England IPA’s, Pale Ales as well as fruited sours, stouts and lagers. Backcountry packages 4-5 seasonal offerings per month…  “These one-off beers are great for experimenting with, using different ingredients. We try to push the boundaries of flavour within each style category”  Folinsbee says.  https://www.backcountrybrewing.com/